This article originally appeared in the May 1985 issue of SPIN.

Sade Adu is like her songs—smooth, elegant and beautifully arranged. A coffee-colored queen in voluminous macho shirts, hooped earrings and tailored Jean-Paul Gaultier overcoat, her hair is scraped back from a wide-angle forehead under which shining eyes dart like beetles. But it is the undulating mouth which dominates; almost a show on its own. It gapes to reveal cavernous depths of impossibly white teeth and emits the moody growl which can be heard on her current album, Diamond Life.

A sultry collection of elegantly molded dance numbers, last year the album eased nonchalantly into the number two spot in the UK charts and produced three hit singles. Suddenly, Sade (pronounced Sharday, not like the Marquis) is a star. Everyone wants to take her picture. Record royalties allowed her to move from the North London dive she shared with her journalist boyfriend, and fame forced her to skulk around in elaborate disguise.

It was all rather unexpected. She had intended to be a fashion designer and studied the craft at St. Martins art school, a disgracefully trendy mecca for the rag trade’s young elite. Her evenings were spent looking good and dancing, until she met a funk outfit called Pride. Their manager, Lee Barrett, asked her, “by the way, can you sing?” “Sure. And I can write songs too.”

Pride’s line-up was reshuffled and Stuart Matthewman (now co-songwriter) appeared with his friend, bassist Paul S. Denman. The band lost their funky feel and took Sade’s name. This year they (or more accurately their record company) made the logical move and released Diamond Life here, together with the singles “Hang on to Your Love” and “Smooth Operator.”

The jazz-tinged nature and melodic moodiness of Sade’s songs have culled comparisons to torch singers such as Billie Holiday, a compliment which she eschews. “One bloke approached an entire interview as if I was trying to be a jazz musician. I’ve never said that. I’ve never even tried it. And if we did we’d do a darn sight better job than we are doing now.”

The jazz tradition is apparent in her work, but soul is her spur. She grew up listening to Marvin Gaye, James Brown, and Aretha Franklin. Herelin lies the problem with Sade. What is soul? And does she have it? The genre is so far removed from the days when its grandfather Ray Charles combined R&B with gospel music, inspiring everyone from James Brown to Otis Redding. 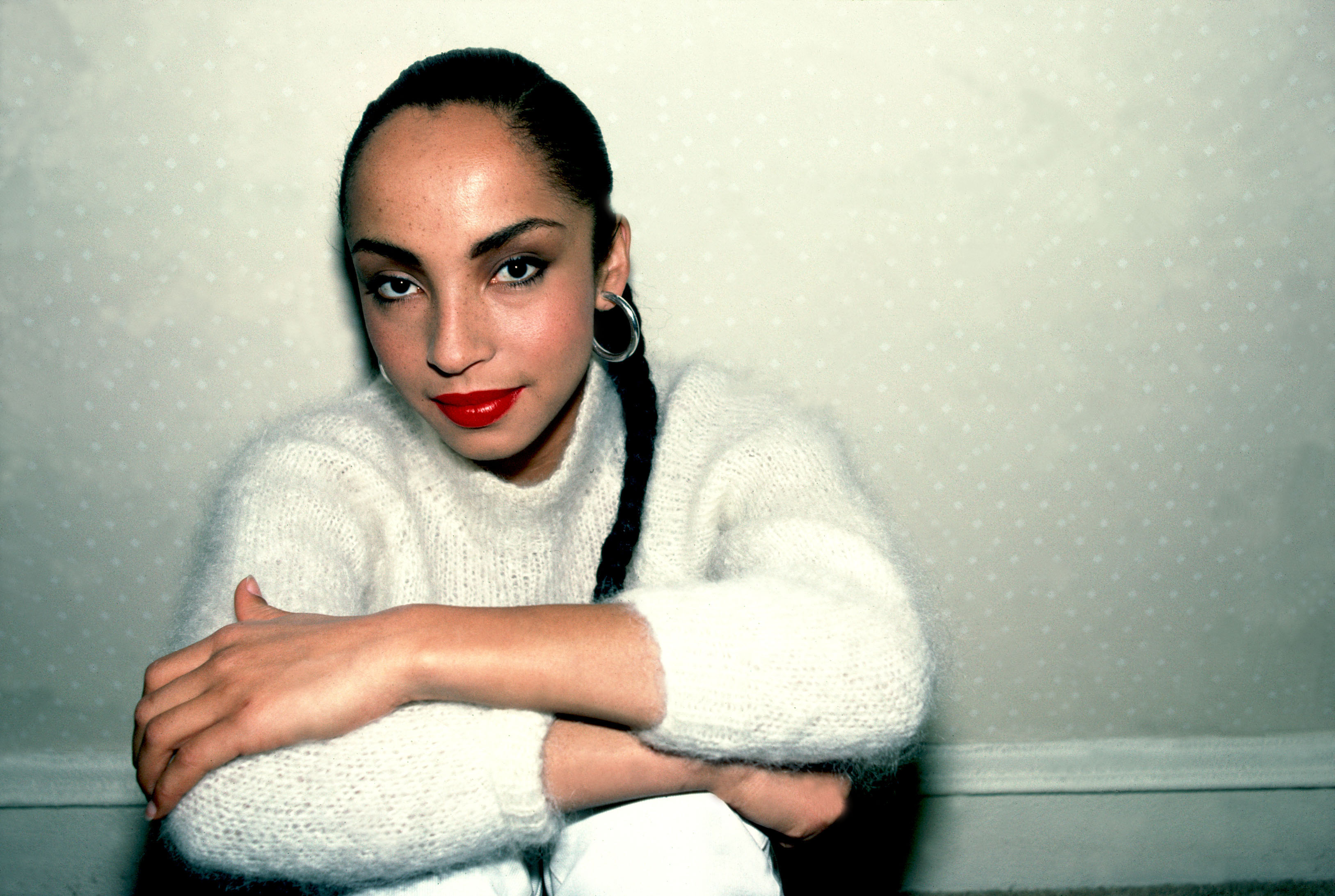 What qualifies anyone nowadays to be a soul singer? A religious background? Colored skin? A deprived childhood? A voice which cracks with torment and struggle? A spandex suit? What began as a subversive and heartfelt rebel yell was ripped off by the white musicians of the ’60s and diluted by disco. Now the term is so vague that it cries out for new definition and identity. One can only react subjectively.

“When Am I Gonna Make a Living,” and “Sally” are certainly expressive, but the marriage of Diamond Life‘s hard-edged polish to Sade’s guttural singing voice is an uneasy one in some ways. Her delivery could be misconstrued as professional suffering, crocodile tears shed for the public. Soul meunière. After all, aren’t her promotions people trying to get her on MTV? Isn’t she adequately fed? Well-adjusted? Just a glamorous middle-class girl with a voice? Not exactly.

“Of course I’ve struggled, in every way,” she rasps. “I’ve never had anything come easily to me other than the creative side.” She was raised in Holland-on-Sea, one of the less ritzy British coastal resorts: an uncomfortable cluster of shoebox-like bungalows whose only sign of life is the twitching of lace curtains. It is not Harlem, but it is not Bel-Air either.

“It is where the working class people retire who have been there on holiday, liked it, and buy a house for when they grow old. It’s full of poodles and no poodle parlors.”

“My mother struggled a hell of a lot. She was a white woman who had two brown children in the early ’60s and came to England with one suitcase and nowhere to live. Nothing really.” Sade’s father, a lecturer, remained in Nigeria where Sade lived until the age of 11.

“I am fairly classless because it is very difficult to class someone who comes from a mixed marriage. There isn’t a class structure in Nigeria, there’s a tribal structure and prestige as far as money is concerned. My mother comes from a family where her mother was very working-class and her father was middle-class stroke artsy-fartsy. My grandfather grew up in a commune and my Aunty Phil still lives in one in Farmington, Connecticut.” The rest of the Adu clan is scattered; she has two half sisters in Switzerland and another she has never seen. 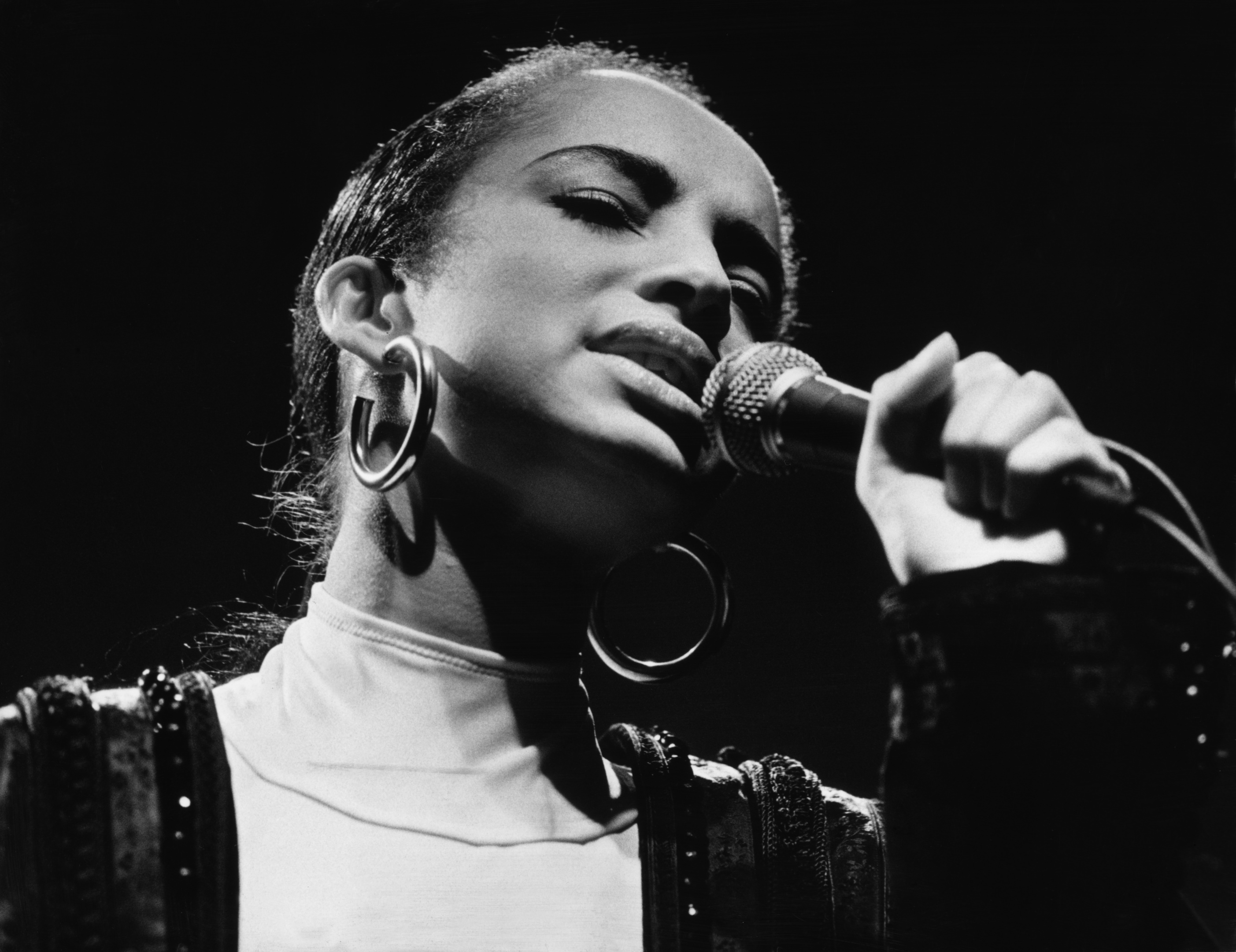 Sade’s appeal has already been proved by her sales figures in Europe, figures which she thinks came about because, “Most things around are very similar in every respect, the music and the way people look. In order to be in a band, you have to have certain colors in your hair—still! Our image is striking because it is different, not because it is particularly outstanding.”

“The public has got such bad taste after all, if you know what I mean. There are quite a lot of fairly intelligent people around who, if allowed to make their own decisions, will.”

This year the fairly intelligent American will be allowed to make his own decisions about Sade. Her looks will work for her commission-free, as will her down-to-earth approach to unpretentious charm. One problem she does face, because of a heavier emphasis on her heritage, is deciding to present herself as a black or white artist. One may not wish to differentiate between the two, but the music industry requires it.

“I don’t like segregation,” she says. “Music is something which should be available to all people. When you go into a club there is no color bar on the dance floor, so why should it apply to radio stations? Unfortunately it does. It does not only apply to black and white, it also applies to heavy metal, pop, all that. It’s such a big place with such big corporations everywhere that in order to feel safe they have to categorize things.”

“I’ve always listened to black music because I like the sound of the black voice, so it wouldn’t be bad to be successful in the same place I have always loved. But I usually figure if something is good enough people find it anyway, and you’re gonna get the exposure and ultimately spread. The only reason people picked up on us in the first place was because we had an audience.”