This Ruth Bader Ginsburg Quote Might Be the Coldest Thing Ever 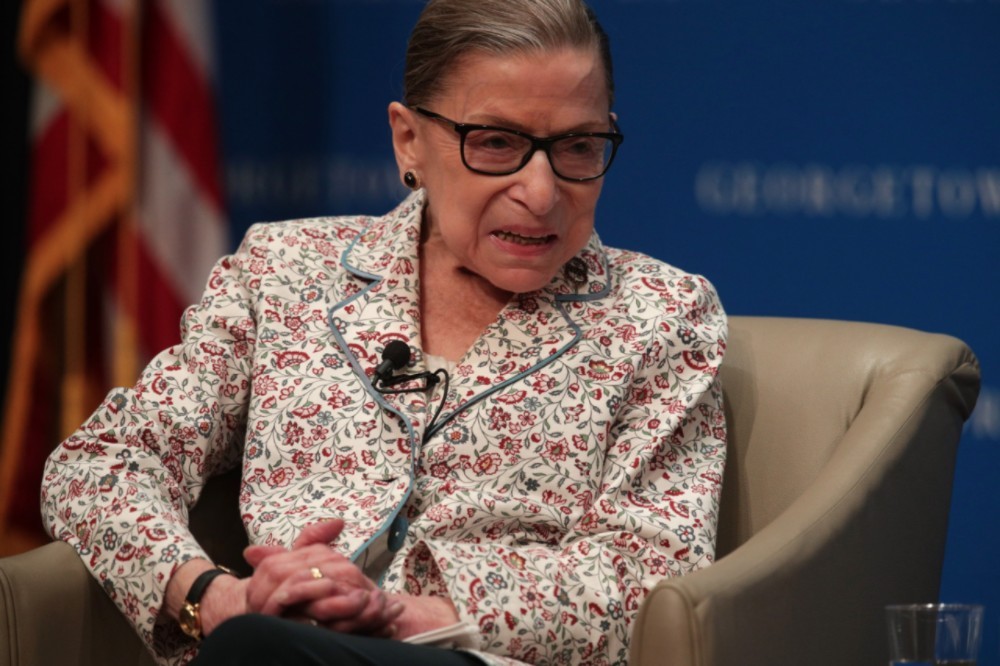 Supreme Court Justice Ruth Bader Ginsburg is not above reveling in the death of her enemies. During an NPR interview that aired on Wednesday, July 24, the 86-year-old flexed on an old foe while discussing her three major battles with cancer.

The justice acknowledged that her most recent cancer diagnosis and age are a constant worry among people terrified that President Donald Trump might have one more opportunity to put another Supreme Court justice on the bench. But Ginsburg also offered a friendly reminder of what happened to one late senator who questioned her vitality amid treatment for pancreatic cancer in 2009. From NPR:

“There was a senator—I think it was after my pancreatic cancer—who announced with great glee that I was going to be dead within six months,” she recalled. “That senator, whose name I have forgotten, is now himself dead, and I”—she added with a smile—”am very much alive.”

The text fails to capture the absolutely chilling giggle Justice Ginsburg and NPR’s Nina Totenberg share after Ginsburg acknowledges that the grim reaper came for the late Detroit Tigers/Philadelphia Phillies pitcher/Senator Jim Bunning (R-KY) who said in a 2009 speech that the justice had “bad cancer. The kind that you don’t get better from. Even though she was operated on, usually nine months is the longest that anybody would live.”

Bunning, who pitched for the Detroit Tigers and Philadelphia Phillies before getting into politics, died from a stroke in 2017, eight years after making said remark. But in the aftermath of  publicly reassuring conservatives that the death he wrongly predicted would pave the way for a right-wing judge to get placed on the Supreme Court, he did make a statement (in which he misspelled her last name). In his mea culpa, he apologized if his comments “offended” her. So, it wasn’t really an apology at all.

It’s hard to pinpoint the most savage part of the exchange between RBG and Totenberg. Was it that Ginsburg can’t be bothered to remember the name of the conservative senator who publicly reveled in what he assumed was the liberal judge’s imminent demise? Is it the Cheshire Cat grin that spreads across her face after she acknowledges that she’s not sure of the naysayer’s name, but she’s absolutely certain that he’s dead? Or is it the way her face quickly retracts into a dead-eyed “don’t fuck with me” glare after delighting in the fact that she gets to exist above ground instead of below it? The fact that she’s an octogenarian isn’t stopping Ginsburg from vying to become the hardest motherfucker in the game.