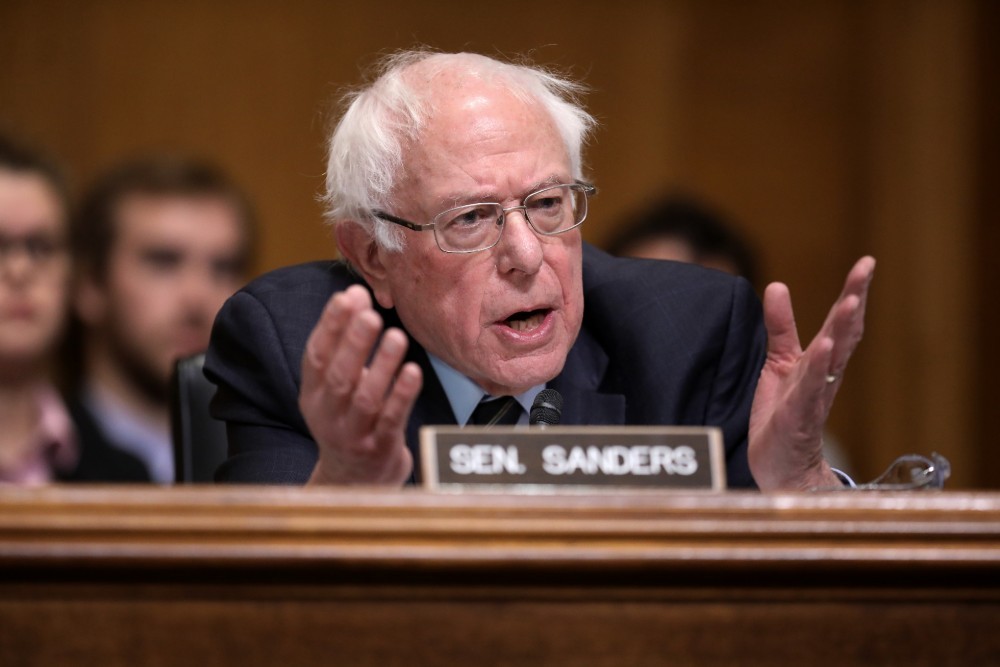 Ross Perot once gave Bernie Sanders a sword. The Vermont senator and 2020 presidential hopeful revealed as much in a tweet eulogizing Perot—the boisterous Texas billionaire, philanthropist and twice-failed presidential candidate—who passed away on Tuesday at 89.

While praising the late Reform party candidate for being “a champion for veterans’ rights” and being “ahead of his time on disastrous trade policies,” Sanders kind of buries the lede by neglecting to explicitly mention the sword, which appears in an attached image. Perot apparently gave it to Sanders while the latter was still in the House. He discussed the gift, and playfully threatened a reporter, in a 2015 New York Times interview:

Mr. Sanders is also not much of a favorite of Capitol Hill reporters who have grown used to his grumbling expressions of displeasure at the political nature of their questions. Asked about a gleaming “Excalibur” hanging on a wall in his office, Mr. Sanders made it clear he knows his reputation.

“That is from Ross Perot,” Mr. Sanders said. “He said: ‘When media gives you a problem, take it out! Threaten them!’ ” (It was actually a gift for his work on the veterans bill.)

It’s worth clicking through to the Times story for the photo of Sanders casually pontificating in an armchair in his Capitol Hill office while the sword hangs above him on the wall.

Ross Perot was a champion for veterans’ rights and ahead of his time on disastrous trade policies. During his campaign, he explained, in depth, how he would address our national problems and spurred serious discussion. Ross Perot was a one-of-a kind American. He will be missed. pic.twitter.com/qXukirfwcL

Here’s hoping Sanders decides to take Excalibur out on the campaign trail.