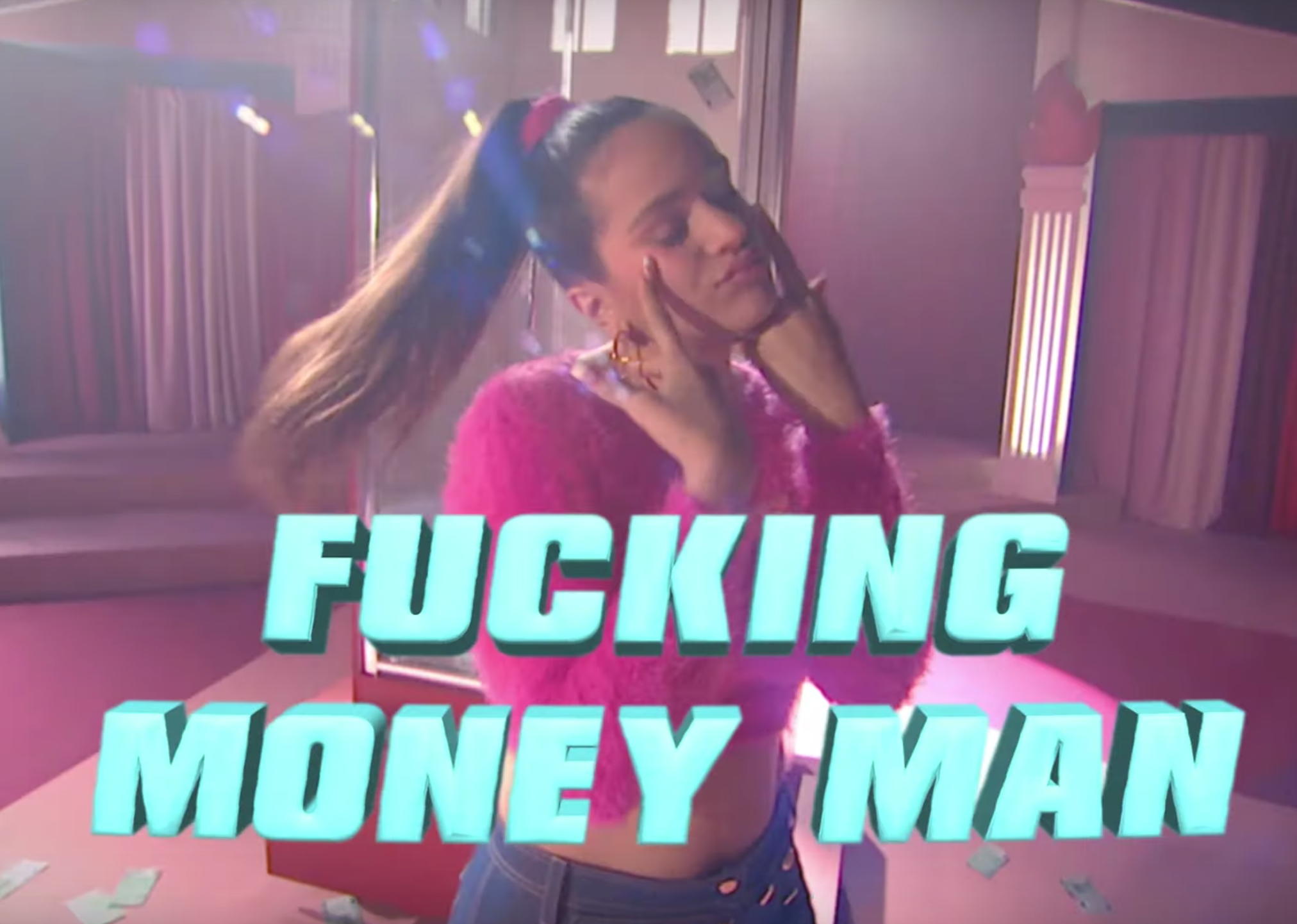 ROSALÍA has released a new package of two songs under the title “Fucking Money Man.” The songs—“Milionària” and “Dio$ No$ Libre Del Dinero”—are also both included in a new video directed by Bàrbara Farré, which features the Spanish pop star participating a telethon or game show and later, giving a TV performance in a ring of fire while money falls from the ceiling.

ROSALÍA has kept busy so far this year. Her last release was a new song called  “Aute Cuture,” which came with a dance-heavy accompanying video, in May. In March, she released the J Balvin collaboration “Con Altura,” featuring production from her frequent musical partner in crime El Guincho. The singer also appeared on James Blake’s January album Assume Form—the two released a video for “Barefoot in the Park” in April—and contributed to this spring’s Game of Thrones compilation album For the Throne.

Watch the “Fucking Money Man” video, and listen to “Milionària” and “Dio$ No$ Libre Del Dinero,” below.