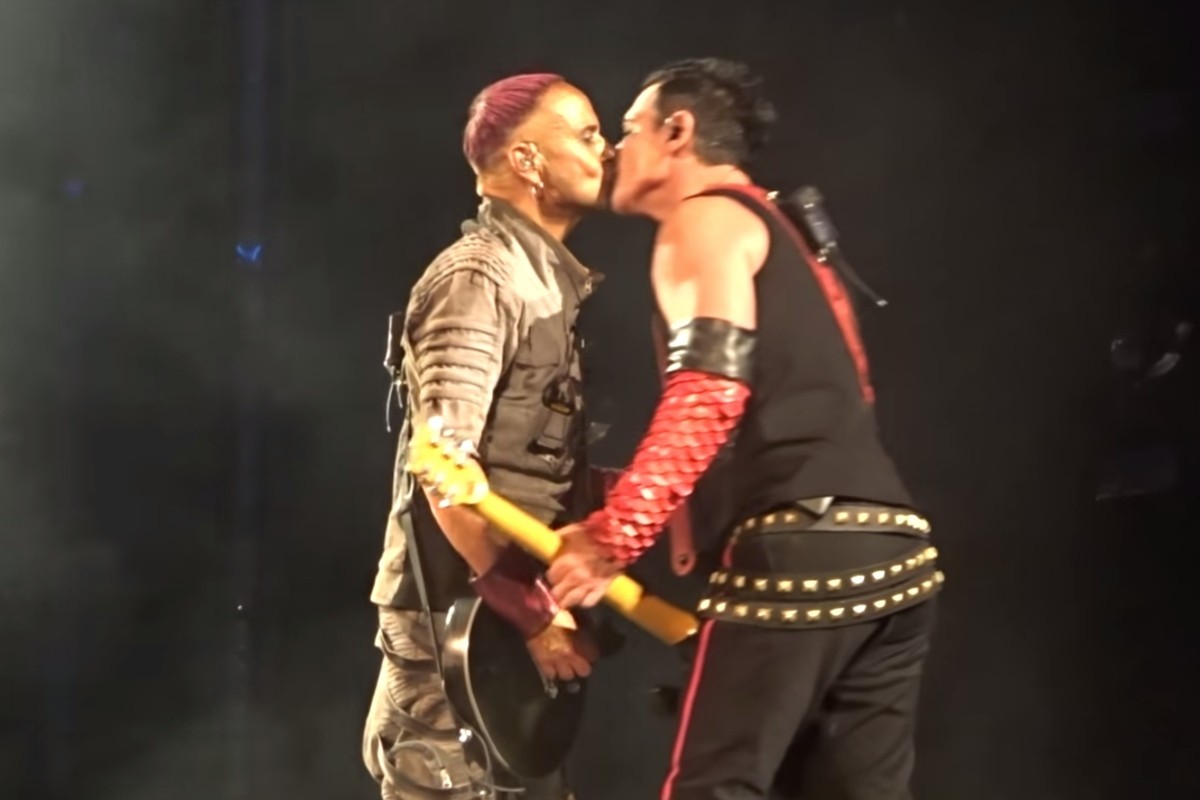 Rammstein guitarists Paul Landers and Richard Kruspe exchanged a quick kiss while performing “Auslander” from the German band’s untitled May album during a stadium show in Moscow on Monday. The moment was an apparent verpiss dich to Russia’s widely condemned “gay propaganda” law that bans public displays of “nontraditional sexual relations.”

“Russia, we love you,” the band captioned (in Russian) a photo of the smooch posted on Instagram after the show.

The law in question was recently used as basis to censor scenes in this summer’s Elton John biopic Rocketman. Filmmakers and John himself condemned the censorship in a joint statement published in May, writing: “We believe in building bridges and opening dialogue and will continue to push for the breaking down of barriers until all people are heard equally across the world.”

Rammstein are in the midst of a stadium tour behind their latest LP and scheduled to perform Aug. 2 in Saint Petersburg. Rolling Stone reports that foreigners accused of violating the law may be arrested and detained for up to 15 days, fined up to 5,000 rubles, and deported. Whether Monday’s display imperils the band’s remaining performance in the country remains to be seen.

Rammstein Accused of Trivializing the Holocaust in New Video