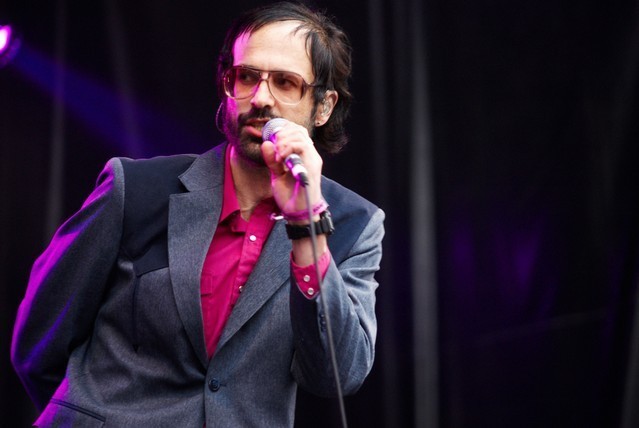 Former Silver Jews songwriter David Berman is back with his debut album as Purple Mountains. The self-titled LP follows three singles—”All My Happiness Is Gone,” Darkness and Cold,” and “Margaritas at the Mall“—and continues the songwriters affinity for oblique metaphors and existential frustration in the face of the current political moment.

In a recent interview with the Washington Post, Berman described the new project as an attempt to move past his legacy with the Silver Jews to create something more timely. “I think I wanted to take the option of slinking back to the constant affirmation from fans away from myself,” he said. “I always loved bands with mystique.”

Silver Jews’ last album, Lookout Mountain, Lookout Sea, was released in 2008. The following year, Berman announced his plans to retire the project. As a poet and illustrator, he’s released two books—Actual Air and The Portable February—which were released in 1999 and 2009, respectively. Actual Air was rereleased earlier this year. Check out his new album as Purple Mountains below.