Watch a Video for Prince’s Solo Recording of “Holly Rock” 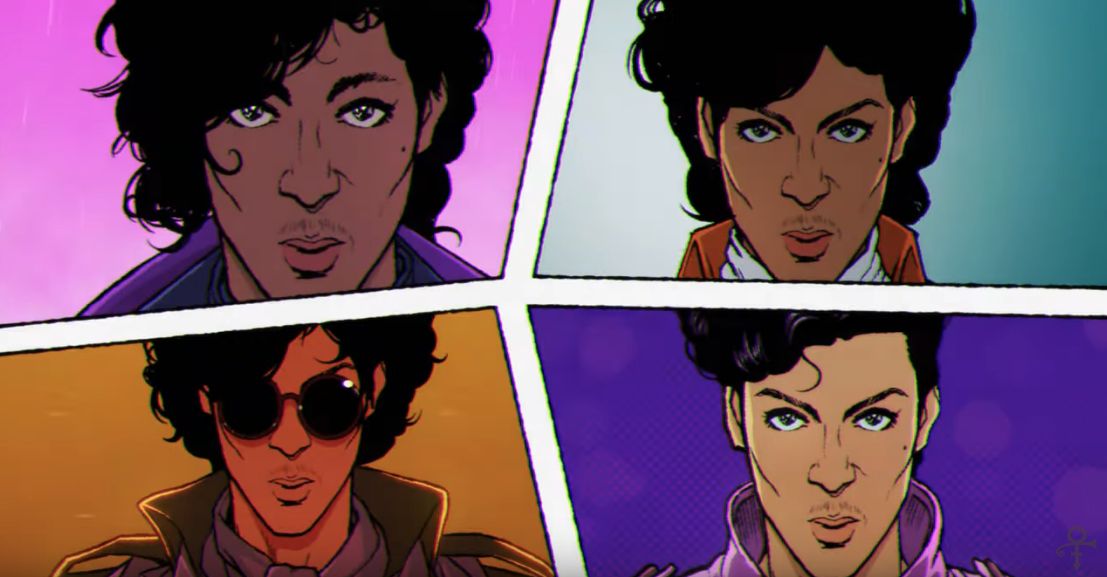 The Prince estate has released a new video for the late artist’s solo version of “Holly Rock,” a 1985 song he co-wrote and produced with Shiela E for the movie Krush Groove. Prince’s recording of the track is included on Originals, a recent posthumous album of songs that Prince wrote or gave to other artists. It was finished during the same auspicious week that he recorded his hit single “Kiss,” from his Parade album and the Under the Cherry Moon film.  Directed by Aaron Lampert, the animated clip for “Holly Rock” pairs the hip-hop-inflected track with animations of Prince in different outfits and guises, often laid out in comic book panels.

Originals includes Prince’s recordings of well-known hits like The Bangles’ “Manic Monday,” Sinead O’Connor’s “Nothing Compares 2 U,” and Shiela E.’s “This Glamorous Life.” It is the second posthumous LP (that is, not including compilations or deluxe reissues) to be released since Prince’s death in 2016. The first was the stripped-down in-studio tape Piano & a Microphone 1983; you can read our review of that album here. Last August, the Prince estate and Sony Legacy released 23 Prince albums released between 1995 and 2010 to streaming for the first time. The releases were originally issued on Prince’s own NPG Records. A Prince memoir entitled The Beautiful Ones is set to be released on October 29 of this year.