Post Malone is hitting the road this fall for a new tour in North America. Post Malone has announced his Runaway Tour, with support from Swae Lee and Los Angeles artist Tyla Yaweh. The announcement comes days after Post released his new single, “Goodbyes” with Young Thug, perhaps hinting that a new album may arrive ahead of the road trip.

The Runaway Tour is set to begin on September 14 in Tacoma, Washington and will make stops in Las Vegas, Toronto, Atlanta, and Madison Square Garden in New York City. The tour will wrap up in Los Angeles just ahead of Thanksgiving.

Post Malone’s last album was 2018’s Beerbongs & Bentleys. Since then, Post has shared the singles “Wow” and the aforementioned “Goodbyes,” but his biggest release was his collaboration with tour partner Swae Lee on the No. 1 hit “Sunflower” for the movie Spider-Man: Into The Spider-Verse. Check out the tour schedule below. 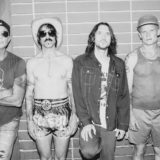