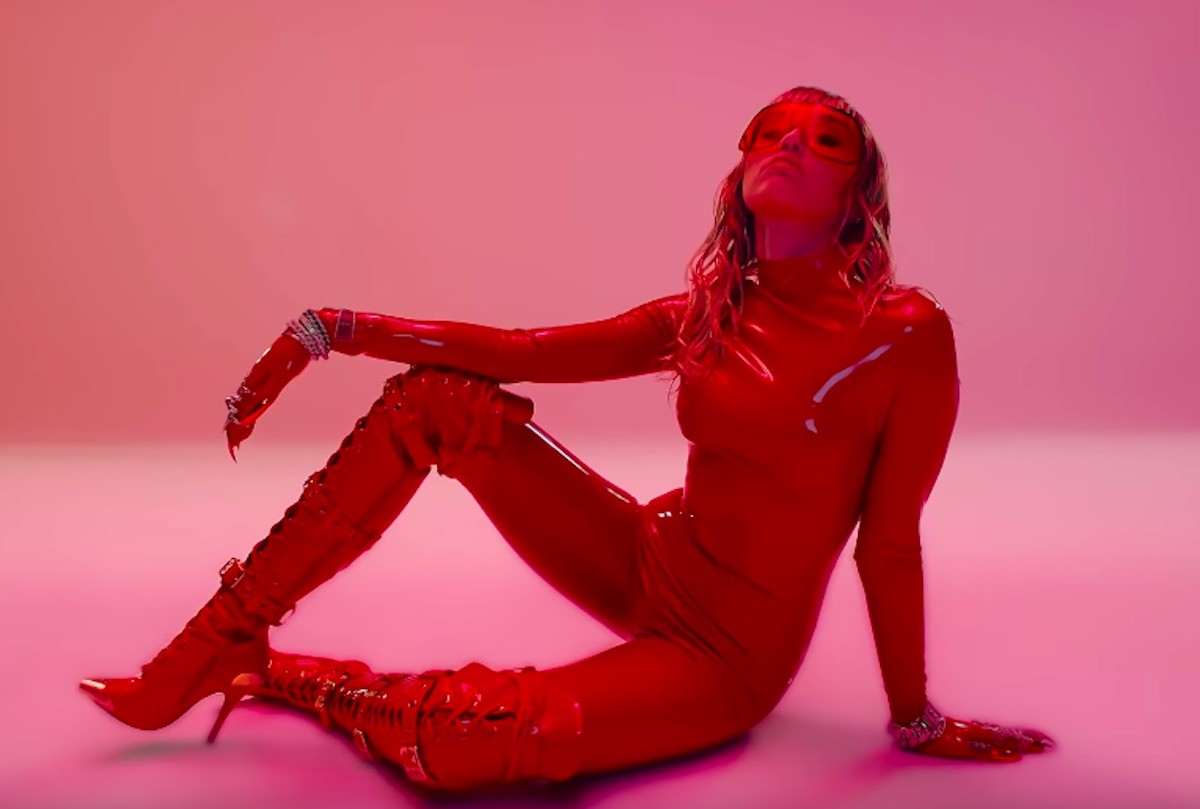 Miley Cyrus has released an intense new music video “Mother’s Daughter,” a single off her recent EP She Is Coming. The highly provocative visual feature Cyrus in a tight red leather outfit, hearkening back memories of Britney Spears in the infamous “Oops.. I Did It Again” video.

The video, directed by Alexandre Moors, features Cyrus dancing and gyrating to flashing images of female empowerment slogans and images of crotches and mouths, as well as appearances from a series of women of different backgrounds and sizes. There’s also a shot of Cyrus with her own mother near the end of the video.

“Mother’s Daughter” is the first track off of She Is Coming, which Cyrus released at the end of May. The EP features Ghostface Killah, RuPaul, Swae Lee, and Mike Will Made It.

Over the weekend, Cyrus performed at Glastonbury, where she surprised the crowd by bringing out Lil Nas X and her father Billy Ray Cyrus to do “Old Town Road.” Miley Cyrus also performed her Black Mirror song which interpolates Nine Inch Nails’ “Head Like A Hole.” Watch the video for “Mother’s Daughter” below.