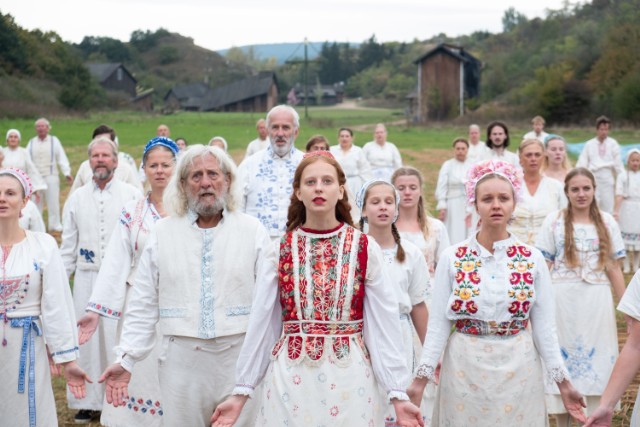 Midsommar, the new cult horror epic from Hereditary writer and director Ari Aster, is in theaters today. The score to the film is among the many elements that make it a truly stunning achievement—composed by Bobby Krlic, otherwise known as the Haxan Cloak. There is a lot of music in the film, some diegetic (it’s built into the rituals of the Swedish midsummer revelers) and some not. Aster said he wrote the film’s script while listening to the Haxan Cloak’s last album—2013’s Excavation—so he always intended music to be a big part of it. Krlic’s score is diverse stylistically, and uses many Scandinavian folk instruments, marking a departure from his normal electronic textures.

Today, Krlic has released the sweeping, glacial string orchestral work that accompanies the cathartic closing scene in the film. The piece is entitled “Fire Temple,” and it’s the most crucial piece of music in the movie, invested with a lyrical and expansive quality that recalls 19th-century Romantic classical composers like Richard Wagner and Jean Sibelius as much as contemporary avant-garde music. The action in the film at this point is so powerful that it’s hard to focus on all the detail in this piece, so it’s nice to have it on its own.

Krlic’s full soundtrack to Midsommar is out this Friday. Read our review of the film here (if you couldn’t tell from this post, it’s an extremely positive one), and listen to “Fire Temple” below.