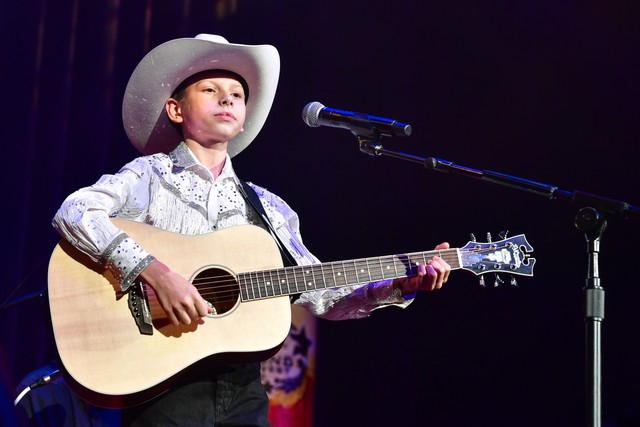 The EP also includes Ramsey’s first-ever songwriting credit, which appears on a song called “Puddle of Love.” “‘Cause I’m stuck, stuck, stuck, stuck in a puddle of love / Everything that girl does sinks me deeper in the mud,” he sings in the predictably-sugary hook.

While Ramsey’s viral origins may have irked some country purists, the 12-year-old musician seems just as eager to branch out beyond the country mainstream, as evident in his recent appearance in the meme-filled video for his remix of “Old Town Road.” In the video, an animated Ramsey appears alongside Lil Nas X, Billy Ray Cyrus, Young Thug, and inexplicably YouTube music critic Anthony Fantano, who’s animated doppelgänger is employed at Area 51.

Check out his new EP below.