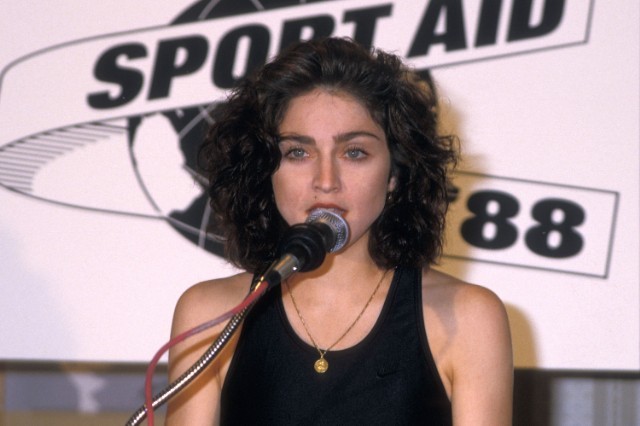 Madonna’s former art advisor and friend Darlene Lutz is auctioning off a bunch of the star’s personal items, including a 1995 breakup letter from Tupac and cassette tapes featuring unreleased demos and recordings. Madonna has been trying to stop the unauthorized auction for two years now, but she failed, and there are currently over 70 lots on the auction block at the memorabilia company Gotta Have Rock & Roll.

But even if Madonna couldn’t legally stop the auction from happening, that doesn’t mean that she and her friends are just going to let it go. Yesterday, Madonna’s collaborator Patrick Leonard, who co-wrote and co-produced many of her albums including True Blue, Like A Prayer, and Ray Of Light, uploaded the original demos of “Cherish,” “Like A Prayer,” and the unreleased track “Angels With Dirty Faces” to YouTube for free in an attempt to deter fans from bidding on them.

“I hope these posts stop the sale of that cassette at auction,” Leonard wrote in one of the video’s descriptions. “Not cool at all that someone would sell it. Not theirs to sell.” The auction is set to close in three days. Listen to the original demos of “Cherish,” “Like A Prayer,” and “Angels With Dirty Faces,” apparently recorded the day they were written, below.

A version of this story originally appeared on Stereogum.