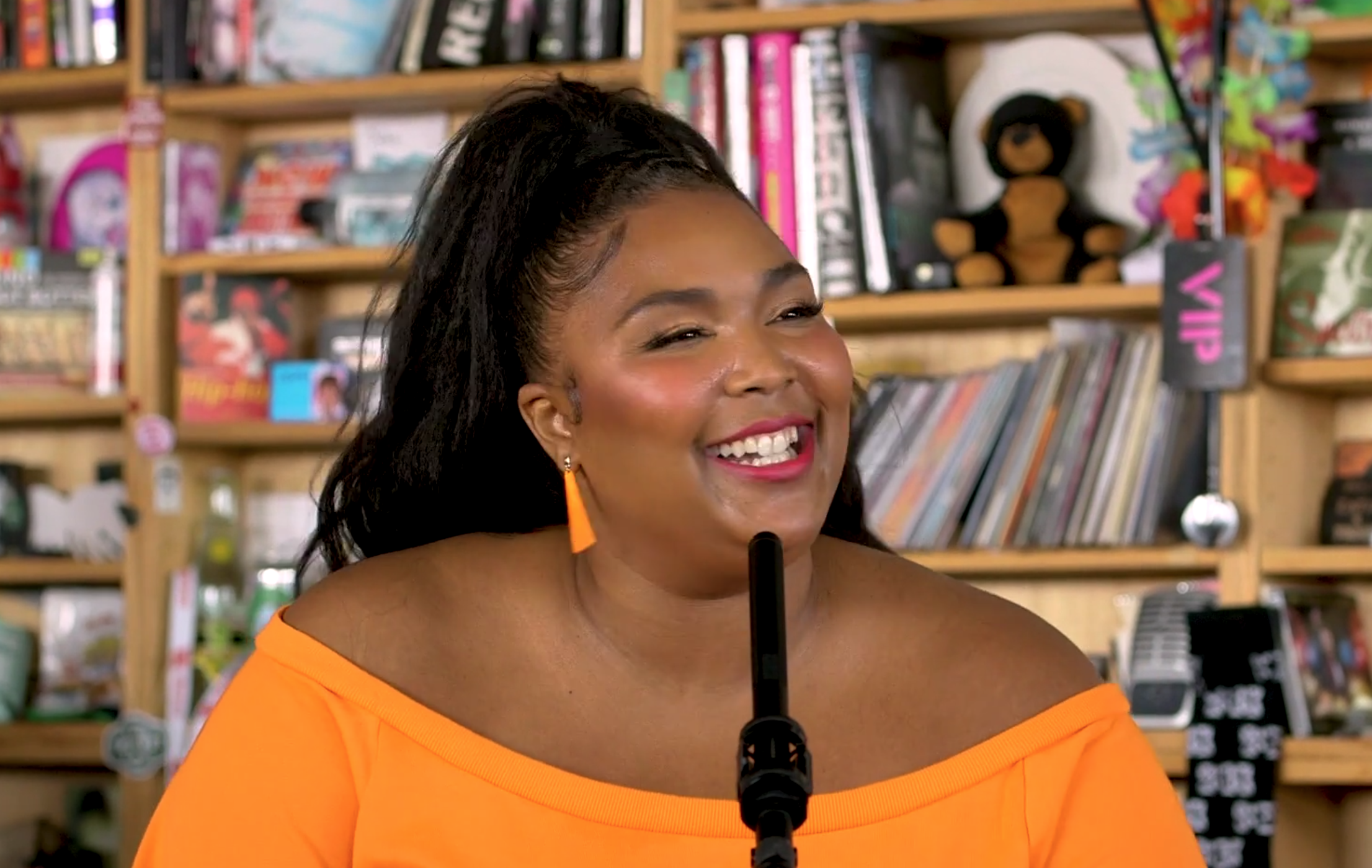 Lizzo is the latest guest in NPR’s Tiny Desk concert series. The singer, rapper, and flautist ran through three songs from her April major-label debut LP Cuz I Love You. She led with a scalding version of the titular gospel ballad,  performed her singles “Truth Hurts” and “Juice,” and incorporated a lot of banter using the phrase “tiny ass desk.”

Lizzo has kept busy in her breakthrough year, collaborating with Charli XCX, Open Mike Eagle, and Missy Elliott on new music and joining Janelle Monáe for a suitably outrageous performance at Coachella this spring. A video for her single with Elliott, “Tempo,” was released last week. Lizzo also helped induct Elliott into the Songwriters Hall of Fame in June by performing a version of “Sock It 2 Me,” dressed in Elliott-like attire, with a guest spot from Da Brat.

Lizzo is also an actress, and is featured in the upcoming ensemble comedy Hustlers alongside Jennifer Lopez, Cardi B, Constance Wu, Keke Palmer, Julia Stiles, and Lili Reinhart. Watch a trailer for the film, which is due out in September, here.