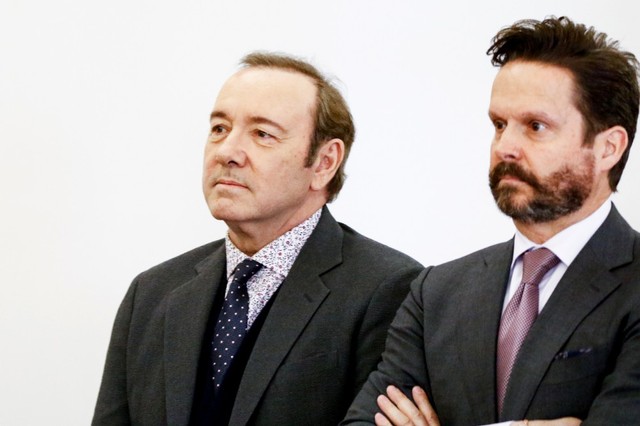 Massachusetts prosecutors dropped their sexual assault case against actor Kevin Spacey on Wednesday, July 17, according to the Associated Press. The charge of indecent assault and battery stemmed from an alleged 2016 incident during which a young man accused Spacey of getting him drunk and groping him at the Nantucket restaurant where the then-18-year-old worked as a busboy.

According to court documents filed by prosecutor Michael O’Keefe, the charge was dropped because of “the unavailability of the complaining witness.” The accuser, who made the claims against Spacey last year, invoked his Fifth Amendment right during a hearing held earlier in July and refused to testify after Spacey’s lawyers accused him of deleting text messages. The actor’s attorney Alan Jackson accused the young man of deleting texts that reportedly undermined his case, and doctoring screenshots of texts.

The accuser denied the defense’s allegations. “I have no knowledge of any deletions of messages on my phone,” the young man told NBC Boston. The accuser’s attorney claimed that his client lost the phone, but that they were able to retrieve data backed up on a computer. The texts can be seen on TMZ.

Spacey has denied that he groped the accuser, who also dropped a recently filed civil suit against the star.

Spacey was accused of sexually harassing or assaulting several men after fellow actor Anthony Rapp came forward in 2017 to accuse the House of Cards actor of making inappropriate advances toward him when Rapp was 14. The now dropped case is the only criminal case that has been brought against Spacey so far. There are active criminal investigations regarding sexual misconduct allegations against the actor still pending in London.