Kellyanne Conway to Reporter Who Asked About Trump’s Racist Tweets: “What’s Your Ethnicity” 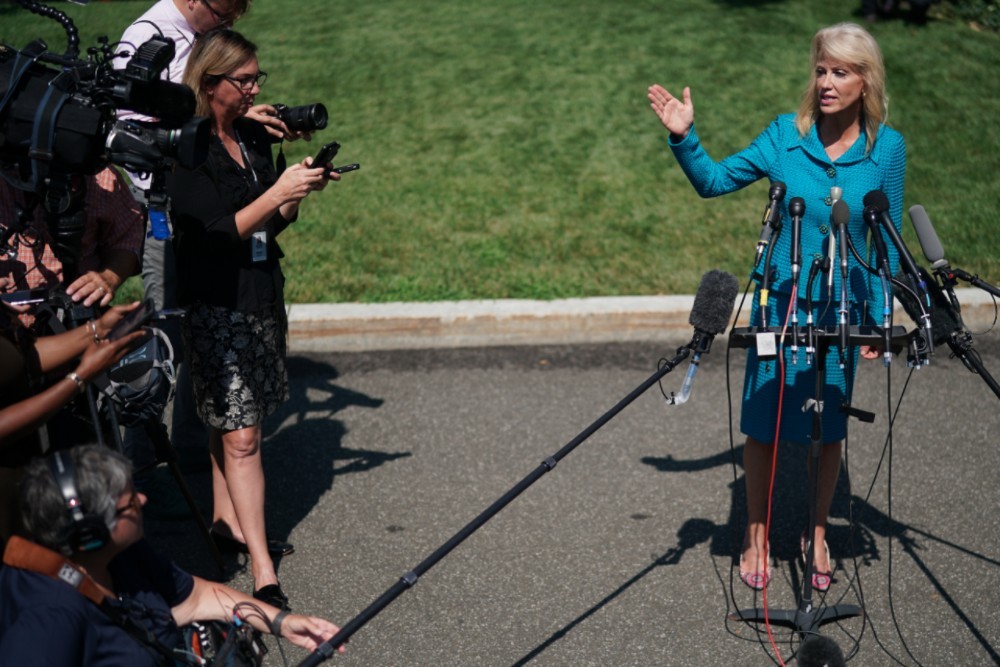 Conway dodged the question by asking Feinberg, “What’s your ethnicity?” After Feinberg asked why his ethnicity was relevant, Conway inexplicably volunteered that she is of Italian and Irish descent.

“My ethnicity is not relevant to the question I’m asking you,” Feinberg replied.

The two engaged in a brief back and forth until Conway tried to dismiss the question with a wave of the hand and a curt “the president has already commented on that.” Conway then took a swipe at the congresswomen, who have criticized the president on everything from his administration’s horrific treatment of detained migrants to his abject racism, by claiming  “a lot of us are sick and tired of this country, of America coming last to people who swore an oath of office.”

Kellyanne Conway just asked reporter @AndrewFeinberg “what’s your ethnicity” after he asked about Trump’s attack on Democratic congresswomen to “go back” to where they came from pic.twitter.com/dEdzxtycUN

Conway also went on Fox News earlier this morning to accuse the freshman congresswomen of representing a “dark underbelly in this country.”