This article originally appeared in the November 1985 issue of SPIN.

Every summer morning the jets dump several hundred Americans at Gatwick and Heathrow airports in London. Dollars in hand, they rush the change booths. If you wind up on a flight sitting next to an English person, start a chat about currently exchange rates. It might become a cultural exchange.

During the flight an overconfident industry type tells me (gathered from his own market research, of course) the state of the British music biz.

“There are these bands we call English Easy Listening—EEL. EEL music appeals to the English equivalent of yuppies.” Admiring his Crolla trousers, he continues: “Since the whole phenomenon is really about a year old, we don’t know yet if the American yuppies are going to go for it. Maybe by Christmas.” 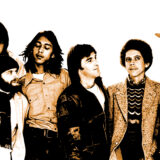 “Uh huh.” And the American yuppies going to Britain this summer will get a jump on EEL. “What kinds of bands are, uh, EEL?”

“Oy, you know, Prefab Sprout, Sade…anything that goes down real easy but still thinks it has an edge. Pseudo-intellectual Muzak.”

“It’s a far cry from the Sex Pistols, isn’t it? Remember when being British meant you had attitude?”

I forgot to pack a blue denim jacket.

Jim Reid (singer): “I think the reason that people compare us to the Sex Pistols is that too many people are nostalgic. Just because we cause some kind of reaction doesn’t mean we’re the new anybody.”

Douglas Hart (bassist): “It’s just because people are so stuck in the past.”

Jim: “We have no intention of being the new Sex Pistols. We wouldn’t want to. We’re better than them.”

The Jesus and Mary Chain is the sort of band that might be accused of having snot caked against their pants. Black leather pants. Ask them no questions and they’ll tell you no lies.

Anyway, they’re the sort of band that prefers to ask the questions themselves. 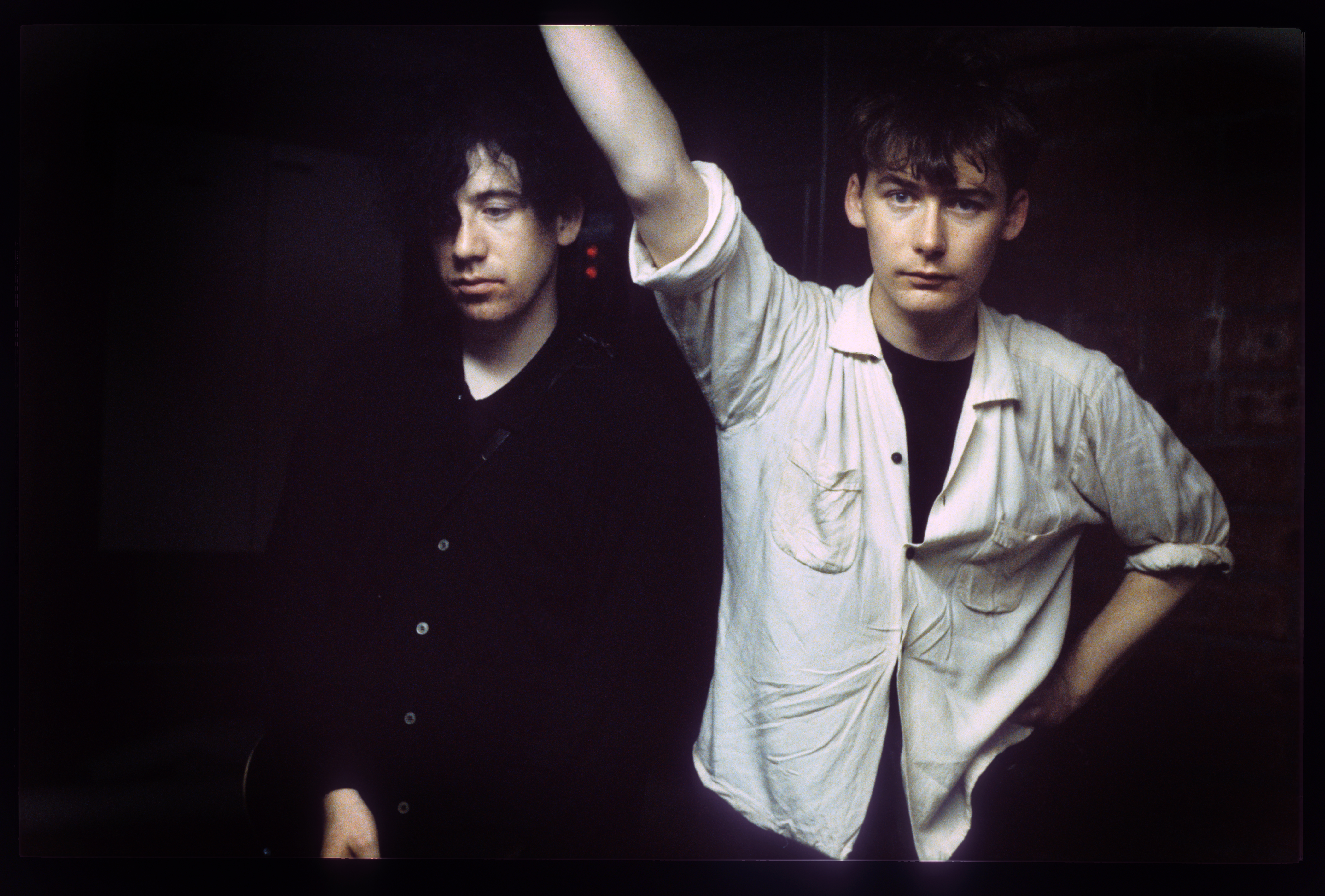 Jim: “Is your mother-in-law really from Glasgow? Why don’t you ask her what it’s like there?”

Jim: “You could get a spiritist to ask her.”

Jim: “Not really, ’cause we’re awkward buggers, and we don’t give a straight answer to straight question.”

We are at Alice in Wonderland. It’s Monday night. On Wednesday the same place is called the Batcave, for which the management unplugs the psychedelic gel projection lamp. The Fuzztones make a retrograde, paisley-infested squall. Beer is cheap and fresh air is at a premium.

Douglas asks, “So what is it like in New York now? What clubs can you go to?”

That week in England, a musician’s technical journal features an article on how the band makes its trademark feedback. You can imagine some impressionable youngster rushing out to buy all the equipment mentioned just in time to find out that the new 12-inch, “Just Like Honey,” doesn’t have any.

Jim: “Fifty percent of what we do is soft, slow, melodic, and acoustic. But nobody talks about it. People seem to be really fascinated by the feedback.”

William Reid (guitarist): “We could have a fun orchestra, with something like five violins.”

When the Jesus and Mary Chain hit 40, they probably won’t be welcome in Las Vegas. They wouldn’t fit in with the tanned, healthy retirees anyway. They usually look tired and thin, damp and dark, like their hometown, Glasgow.

You’re most likely to run into one of them at the Virgin Megastore (London’s equivalent of Tower Records) or any club in a basement. They like their clubs in basements. They also like to drink.

Douglas: “In order not to be bored while we’re playing we either get really drunk or really drugged. It makes it much more exciting for us. Probably looks just the same for the audience, but it feels much better.”

Bobby: “It would feel different if we were straight.”

Jim: “We only do 20-minute sets. There’s no band alive that’s good enough to play for longer than 20 minutes.”

William: “Well, we only did two covers.”

“It must have been the Beach Boys cover.”

William: “We’ve been compared to the Beach Boys recently.”

Bobby: “We want to be big and fat and have beards.”

It’s not how well you play your guitar, but how you play the game. First, the recipe. Dice one or two sides of Cramps, maybe Songs the Lord Taught Us, into 1-inch chunks, dump into blender. Peel on Tommy James single, preferably from a jukebox, and puree with the Cramps.

Spread four chicken wings, each dressed identically, in an unwashed, rusted tray. Scrape mixture on top, and sprinkle with dried Velvet Underground. Bake until well done in a hot van. Bubble, bubble, toil and trouble. Serve with Chocolate Watchband and 1910 Fruitgum for dessert.

William: “It’s gotten in our way, stopped us from doing things—but it has gotten us noticed.”

Douglas: “It’s brought a hooligan element into the audiences. People read stuff and think, ‘They’re a really violent group, so let’s go and be violent.’ They go mad.” 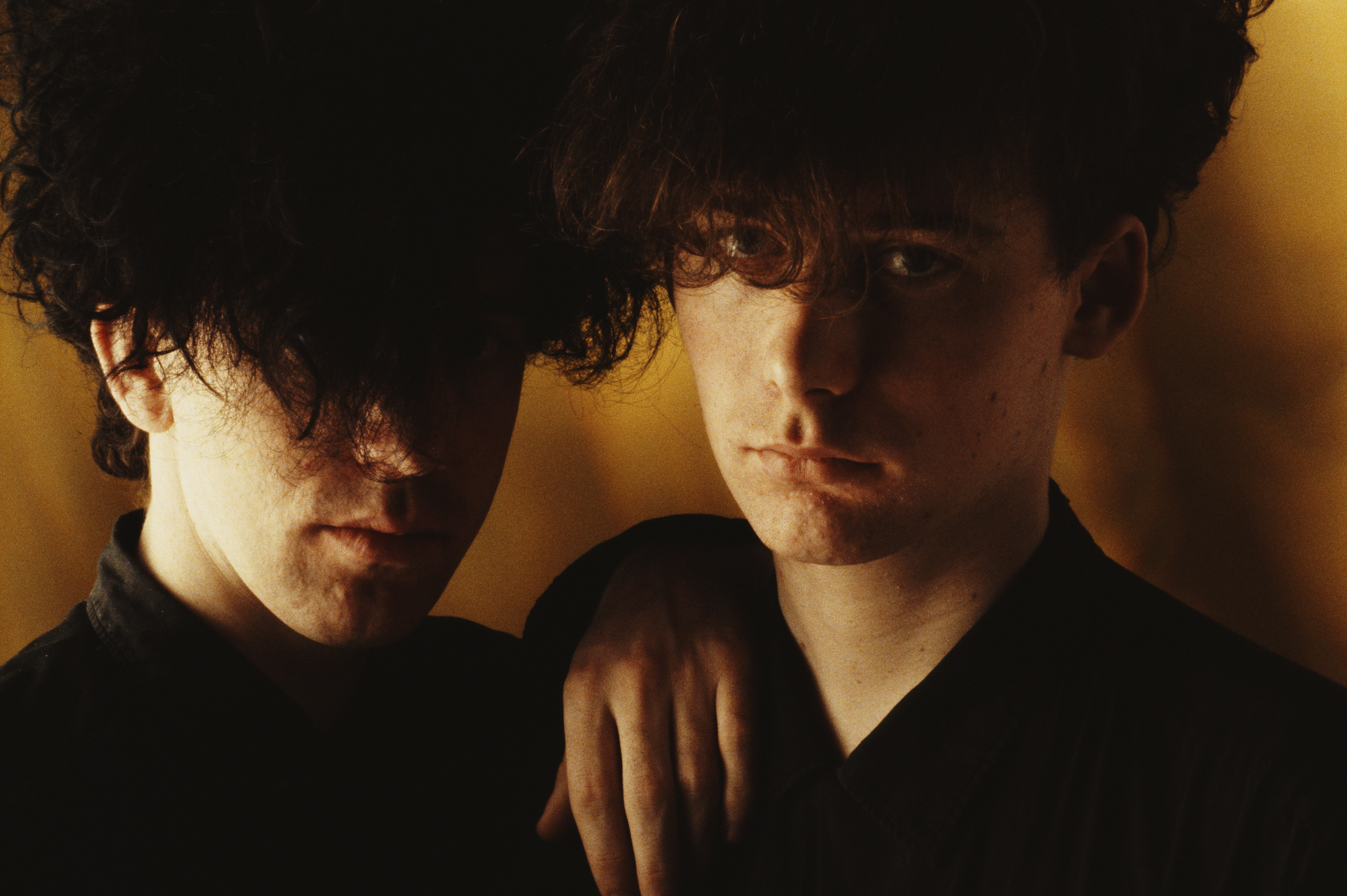 Slaughter Joe is a noisemaker of note. This winter he produced the Mary Chain’s first 7-inch, “Upside Down,” for Creation, Alan McGee’s independent independent in the Postcard tradition. Since the band’s been signing to Blanco y Nigro for their subsequent singles (“Never Understand,” “You Trip Me Up,” “Just Like Honey”) and an album due in November, Joe has been guest distortionist for Jeffrey Lee Pierce, and for the Creation stable, an assisting in A&R, publicity, promotions, distribution, marketing, and drinking.

He’s an omnipotent nice guy, and last year the bands took him on tour.

“It was in Berlin. We were just really bored. We didn’t know where our bus driver was, so various people from the different groups (the Jasmine Minks, Biff Bang Pow, and the Mary Chain) had gone into this street market. Me and Bobby Gillespie went off to a shop at the end of the street.”

The sold postcards, which we thought would be of nice scenes of the town. But they were pictures of East German guards on the Berlin Wall goose-stepping about—bombed houses were in the background. All the people looked like the guards in Hogan’s Heroes, with wire glasses, funny teeth, and enormous hats. Each card was worse than the last.”

“We bought heaps of them. We started writing big swastikas on them and stuff like, At present ve are driving east but soon ve vill come to your England and ve vill destroy you.'”

“While we were sitting in the post office, the driver, a German guy, showed up and saw what we were doing. He was absolutely horrified—speechless with loathing. He was acting like something out of a ’50s postwar propaganda film, saying that it was illegal to send stuff like that through the mail. ‘There is no more Getapo here…I VAS NOT A NAZI!'”

The Mary Chain have only been to the U.S. once, not counting childhood trips to Disney land on family vacations. Planning to tour the States at Christmas, they already see one advantage to being born in the U.S.A.

Jim: “Did you know that there’s a man who grows a heart every six months?”

Douglas: “A woman married her son.”

Jim: “A man had a sex change and made himself pregnant.”

William: “That kidney advert was sick.”

Douglas: “It was for donors. When there’s a kidney available, people are fighting to get it. So it showed a picture of a kidney with two people tugging at it.”

From the end of the world to your mall.