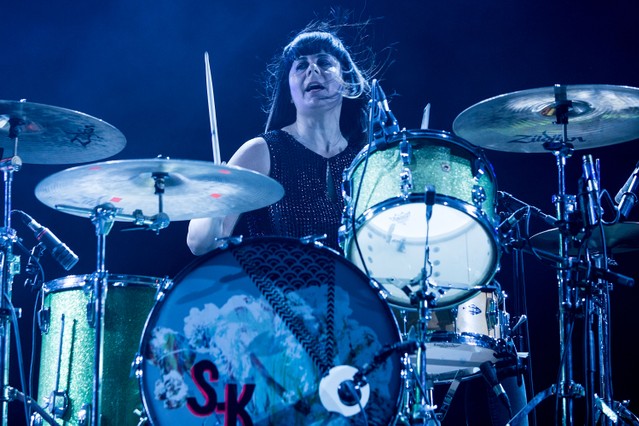 Quasi, Janet Weiss’ band with Sam Coomes, has announced a new West Coast tour. The announcement follows Weiss’ departure from Sleater-Kinney and coincidently, the tour dates overlap with Sleater-Kinney’s upcoming North American tour, confirming that Weiss will not be touring with her former band.

Quasi’s tour kicks on October 7 at Seattle’s Sunset Tavern, wrapping up at Oakland’s Starline Social Club on October 14. Sleater-Kinney hit the road that month as well, performing in Spokane, Washington on October 9, with dates running until late November.

Sleater-Kinney’s new album The Center Won’t Hold is out August 16 via Mom + Pop, featuring production from St. Vincent. So far, the group have released “The Future Is Here,” “Hurry On Home” and the title track. Earlier this month, Sleater-Kinney guitarist and vocalist Carrie Brownstein took to Instagram to discuss Weiss’ departure from the band. “What am I supposed to say? She left. We asked her to stay. We tried,” Brownstein wrote. See Quasi’s full itinerary of tour dates below.