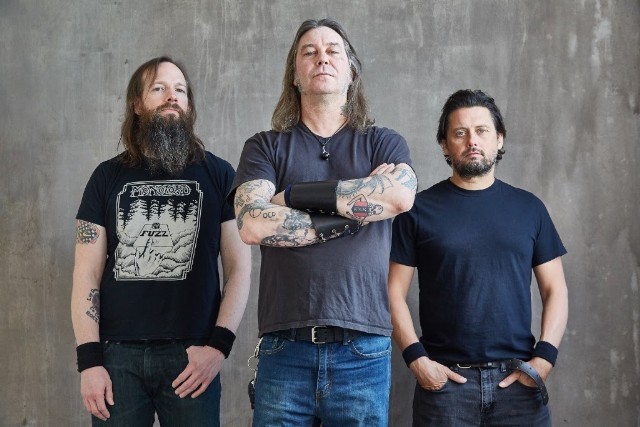 High on Fire have announced a North American tour with Power Trip, Creeping Death, and Devil Master. The run launches Nov. 7 in Austin and wraps Dec. 7 in Los Angeles. It will be High on Fire’s first tour since frontman Matt Pike’s struggles with diabetes forced them to cancel shows last fall and this past January. The band released their Grammy-winning eighth studio album Electric Messiah last October.

“To save yet another toe, my big one, I have been grounded by circumstances out of my control,” Pike explained earlier this year. “I will have more of a medical report to come but right now I’m at great risk of losing it, and/or a bigger portion of my foot due to Diabetes.”

High on Fire also announced that their Bat Salad EP will be released digitally this Friday, July 26. The project, originally released as a 12-inch single on Record Store Day in April, features the original title track and covers of Celtic Frost’s “The Crypts of Rays” and Bad Brains’ “Don’t Bother Me.” Power Trip released the compilation Opening Fire: 2008–2014 last April; their single “Hornet’s Nest” was one of SPIN’s 101 Best Songs of 2018.

Tickets for the tour will be available on High on Fire’s website this Friday. View the full schedule below.

We are hitting the road this winter in the US and Canada! Joining us will be Special Guest, @powertriptx, @creepingdeathtx, and Devil Master! Tickets go on sale this Friday at 10am! pic.twitter.com/AfVsr5VVv2