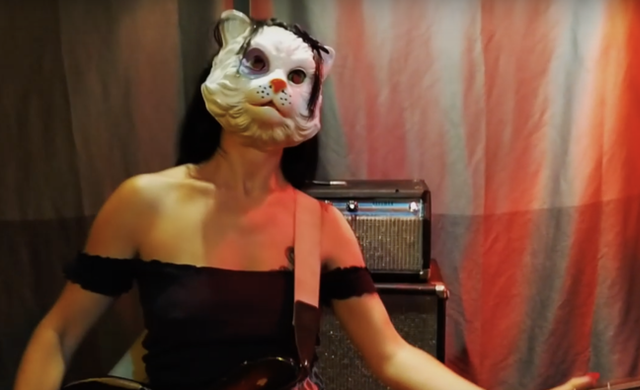 San Jose slowcore trio Duster are working on new material. After partnering with Numero Group in January, the band released Capsule Losing Contact, a sprawling box set containing new remastered versions of their two studio albums—Stratosphere and Contemporary Movement—plus their 1975 EP, a 32-page booklet, and other previously unreleased material. Last year, the band took to Instagram to tease new music, and after playing a few recent reunion shows over the course of the last year, they’ve now released their first stand-alone single in almost 20 years.

Titled “Interstellar Tunnel,” the track is accompanied by a new music video which depicts animal-masked women standing in for the band in the studio. The masked musicians lock in on a hazy, lo-fi groove not all to different from their earlier material, as the video cuts to shots of sky and boots against the barren dirt. Check it out below.