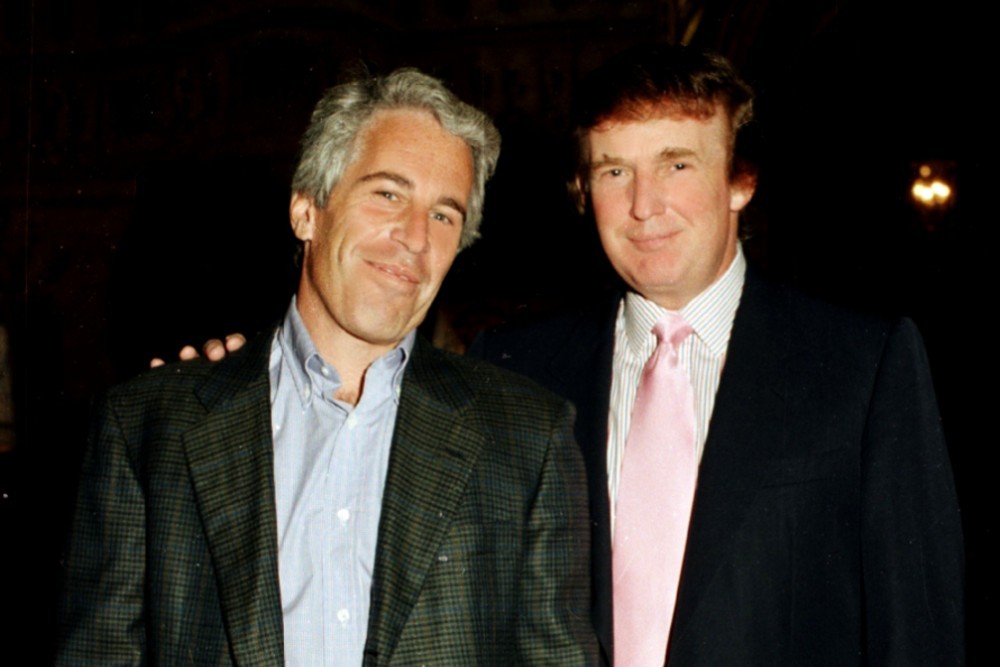 MSNBC’s Morning Joe unearthed footage of Donald Trump and the pedophile financier Jeffrey Epstein partying together at Mar-a-Lago in 1992. The footage comes from Faith Daniels’s former NBC show A Closer Look and the segment was meant to profile Trump’s life as a bachelor following his divorce from first wife Ivana Trump. Many of the women at the party were Buffalo Bills cheerleaders, who were in town for a game against the Miami Dolphins. Trump tried and failed to purchase the Bills in 2014.

Although Trump told reporters at a press spray in the White House last week that he was “not a fan” of Epstein, the video from 1992 portrays a much cozier relationship. The real estate mogul is seen in the clips palling around the financier, pointing out women on the dance floor, and whispering something into Epstein’s ear that made him double over and laugh. At one point, Trump motions towards someone off camera and tells Epstein “she’s hot.”

Wow. Trump can be seen getting handsy with women in this footage of him partying with Epstein at Mar-a-Lago. pic.twitter.com/xhRaaDKLL3

Trump is also seen pulling a women close to him and then patting her butt.

Buried in @NBCNews’s video of Trump and Epstein is this moment where Trump clearly grabs a woman and pats her behind. Real gentleman.https://t.co/AtxLJDRR9a pic.twitter.com/sNSqsw09Js

The clips are evocative of a quote Trump gave to New York Magazine in 2002: “I’ve known Jeff for fifteen years. Terrific guy. He’s a lot of fun to be with. It is even said that he likes beautiful women as much as I do, and many of them are on the younger side. No doubt about it – Jeffrey enjoys his social life.”

Trump has since distanced himself from Epstein, who is now facing federal sex trafficking and sex trafficking conspiracy charges in addition to allegations that he sexually abused girls as young as 14. Trump’s former labor secretary Alex Acosta resigned in disgrace last week following backlash over an excessively lenient plea deal he brokered with Epstein in 2007 while he was a U.S. attorney in Miami.

You can watch the entire Morning Joe segment at NBC News.