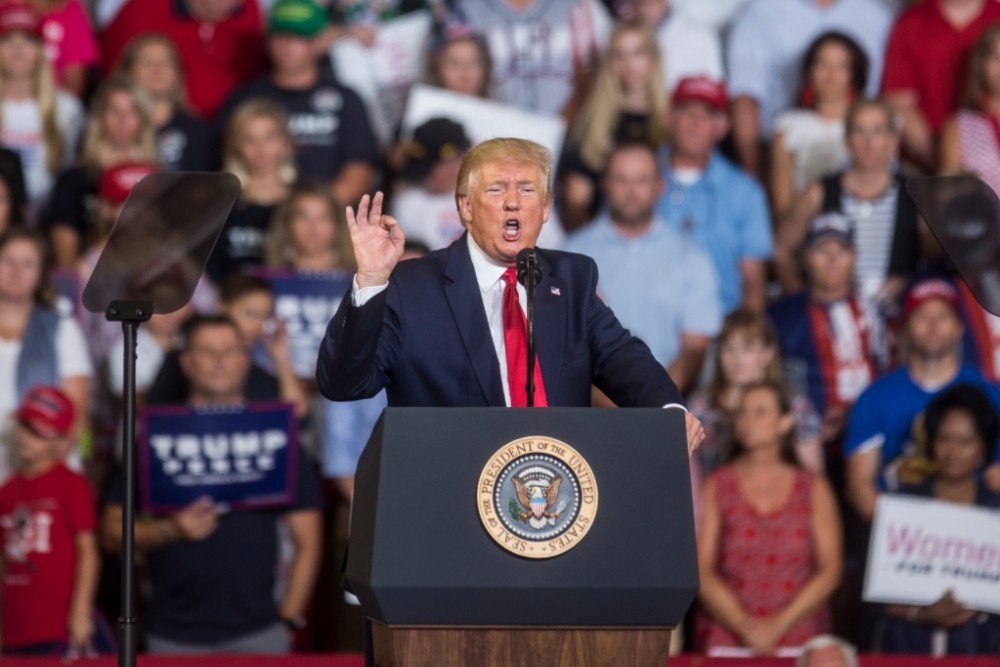 When President Donald Trump wasn’t possibly endangering Rep. Ilhan Omar (D-MN) with his racist rhetoric at his campaign rally in North Carolina on Wednesday, July 17, he was taking shots at the 2020 Democratic field, including Sen. Elizabeth Warren (D-MA). Trump revived his “Pocahontas” slur while discussing the DNA test he successfully goaded her into taking.

Trump’s smear might have been more effective if he didn’t demonstrate again while blasting Warren that he has no clue how fractions work.

As Vox reporter Aaron Rupar points out, the president reverses the numerator and denominator as he tries to roast Warren for her DNA test results, which concluded that she indeed had a Native American ancestor dating back between six and 10 generations ago.

“We’ve got a year and half left,” Trump told the rally crowd, referring to the lead-up to the 2020 election. “It’s like when I called Pocahontas ‘Pocahontas.’ I should have waited six months. She then went out and got that test. 1000/24th.”

(He has it backward.) pic.twitter.com/IprTY8KK61

In case anyone was wondering if this was just a momentary slip of the tongue, Trump made the exact same mistake in an unhinged tweet storm from last week during which he referred to Warren as “a very nervous and skinny version of Pocahontas (1000/24th)” while lashing out at the 2020 Democratic field as a whole. (He later deleted the tweet, then retweeted a corrected version, but not before Vox snagged a screenshot.)

Other notable fuckups enabled by Trump’s brain fog this month include the time he spelled al-Qaeda “Alcaida” on handwritten notes accidentally made visible during a press spray held earlier July 15, the time he inexplicably proclaimed that the “kidney has a very special place in the heart” at a photo op July 10, and retweeted a meme featuring a widely debunked quote falsely attributed to Ronald Reagan praising Trump July 8.