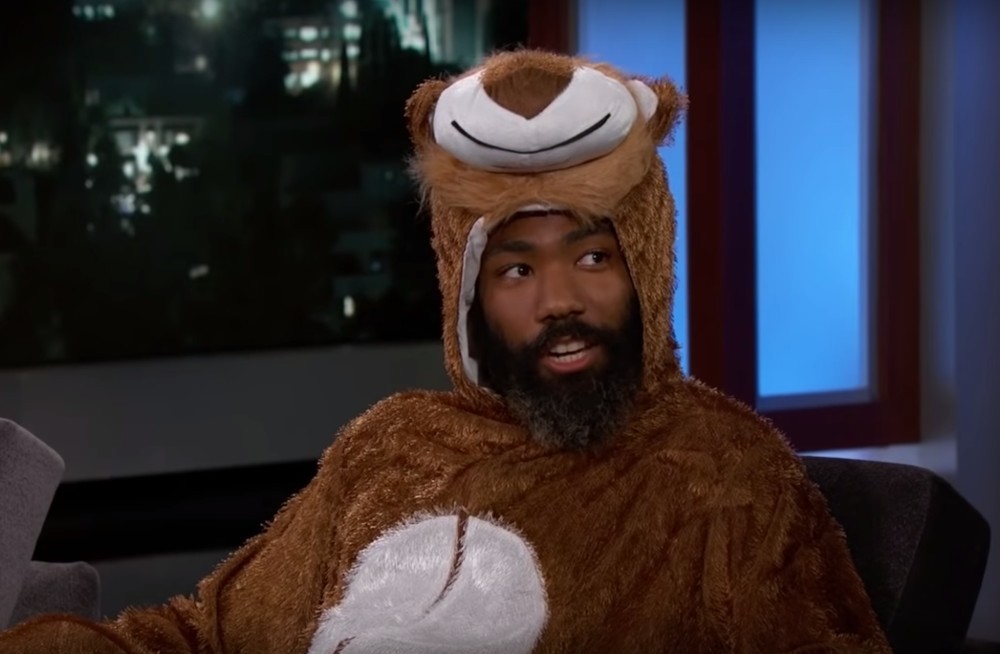 “This is what we wore every day,” Glover said after joking about spending two years in Africa with Andy Serkis in order to prepare for the role. When Kimmel inquired about how long it took to make the lion king costume/footie pajama getup, Glover kept the bit going.

“I’m not sure, but I believe Jim Henson Creature Shop made this,” he said. “Took about five years.”

Glover also shared a clip featuring the “Hakuna Matata” song from the new film and discussed what it was like to work with Beyoncé, who voices Nala and produced the film’s soundtrack. When Kimmel asked if he and Bey were in the same room when they recorded the duet “Can You Feel the Love Tonight”, Glover deadpanned: “No, I requested not to be. I did not want to be looking into Beyoncé’s eyes while doing this.”

In actuality, they had to record separately because of scheduling conflicts mainly due to Glover shooting Solo: A Star Wars Story .

Check out the entire interview below. The Lion King: The Gift hits theaters July 19.