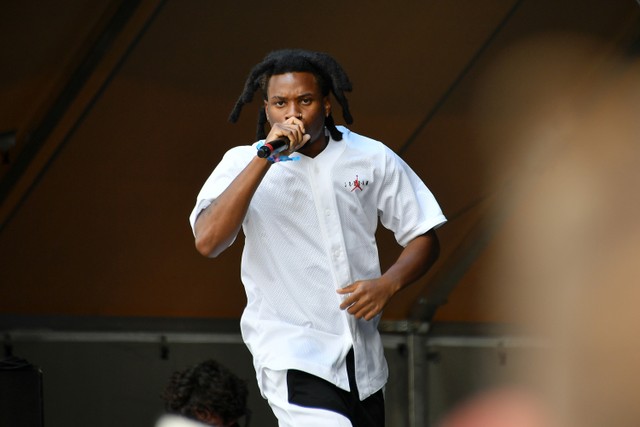 Among the scores of Soundcloud-era rappers influenced by punk and hardcore, Denzel Curry may be the best. The former Raider Klan affiliate’s 2015 single “Ultimate” stands as one of the underground movement’s biggest hits, and several years into his major label distribution phase, Curry continues to release metal-inflected bombs. In other words, he has earned the right to cover Bad Brains.

For the Spotify Singles series, Curry recruited the influential D.C. band to join him in the streaming services’s New York City studio to record a cover of their song “I Against I,” from their 1986 album by the same name. Curry also tapped Toronto punks Fucked Up to record a live rendition of “CLOUT COBAIN | CLOUT CO13A1N” from his own 2018 album TA13OO. You can listen to both collaborations below.

Curry’s latest album ZUU dropped this past May and featured a memorable verse from fellow South Florida star Rick Ross. Fucked Up released their fifth album Dose Your Dreams last October; read our review here. Bad Brains, for their part, released their ninth album Into the Future in 2012, and the band used the opportunity to reflect on their career in a Spin feature that you can revisit here.