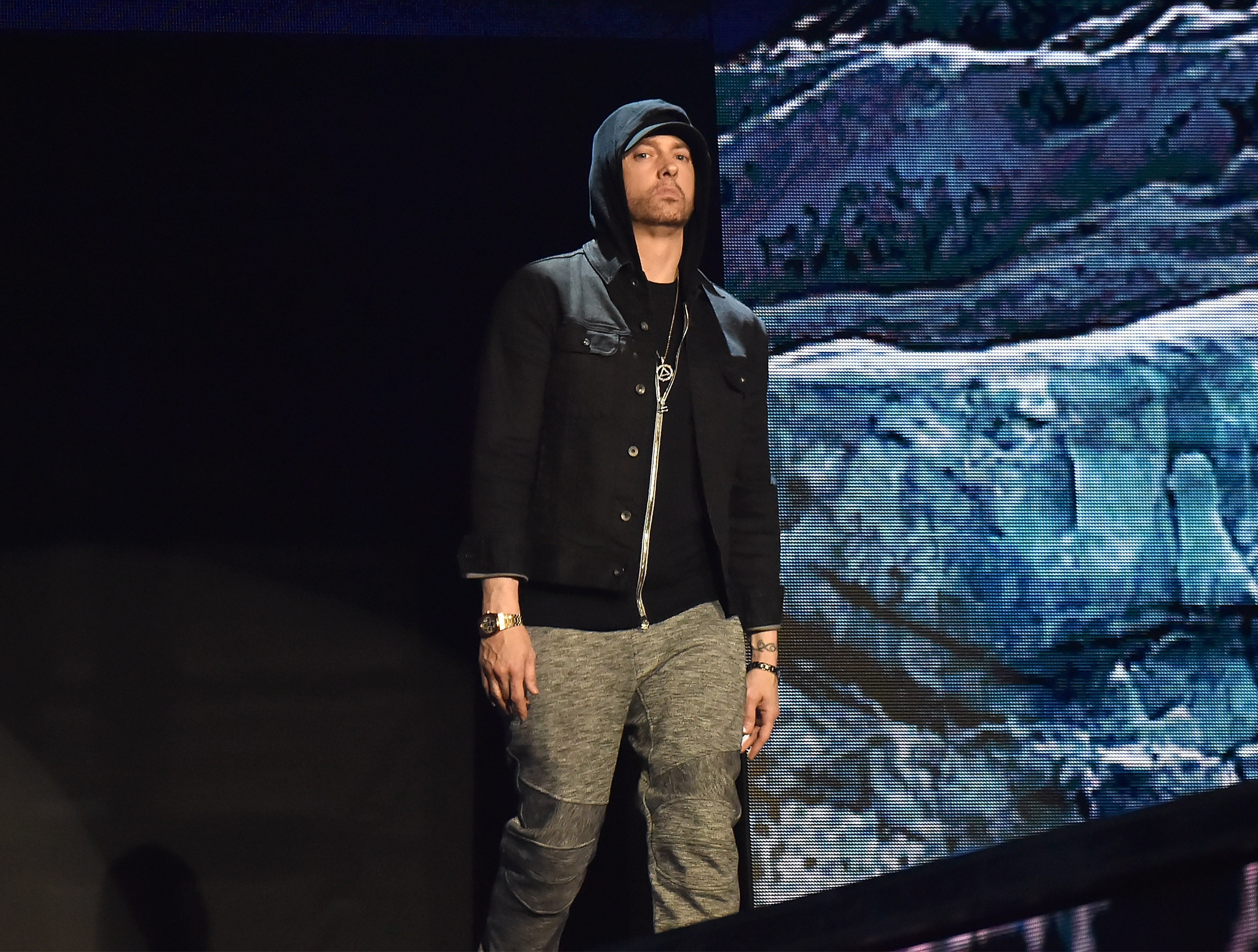 Eminem’s tenth studio album Kamikaze dropped back in August, and after recent singles like “Venom” and “Homicide” with Logic, Marshall Mathers is back with a new guest verse on the Conway the Machine track “Bang.”

The hard-hitting single finds Em rapping about giving up weed and his turn-of-the-millennium beef with Ja Rule, who he says he “almost got cool” with amid their heated diss tracks. Mathers also makes reference to Marilyn Manson, Nas, and Tupac, as well as Iggy Azalia. “Do not compare me to the Iggy bitch / Or all this fuckin’ Milli Vanilli hip-hop / This is where all that silly shit stops,” he raps in his verse.

Eminem’s sophomore album The Slim Shady LP celebrated its 20th anniversary earlier this year. In December, he released a surprise 11-minute freestyle, which made reference to Justin Bieber, Ariana Grande, and Reese Witherspoon, among other celebrities. Check out “Bang” below.