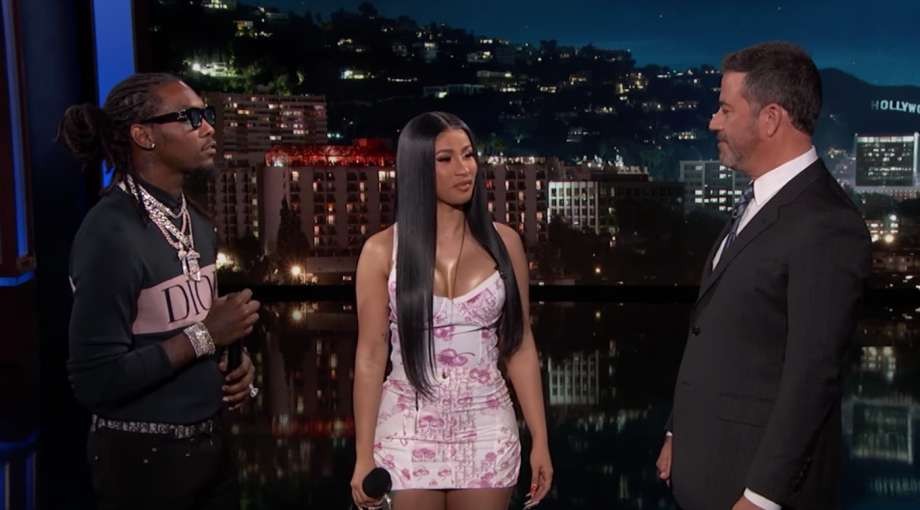 Trap music’s first couple Cardi B and Offset appeared together on last night’s episode of Jimmy Kimmel Live, where the pair brought their collaboration “Clout” to the stage for the first on television.

Along with that performance, Cardi and Offset participated in an amusing game of “New Lyrics for Old People” with Kimmel, in which they had to break down the lyrics to “Clout” and make them a little clearer for senior audiences. If nothing else, it’s a great excuse to witness the unending charm of Cardi B. Other guests on last night’s episode included senator Kamala Harris and one can only hope that she and Cardi B engaged in some political discourse backstage.

“Clout” appears on Offset’s recent solo outing FATHER OF 4, which was released earlier this year. Cardi B’s debut Invasion of Privacy came out last year and she recently shared a new single “Press” back in May and appears in the trailer for the upcoming movie Hustlers. Watch the performance and sketch below.