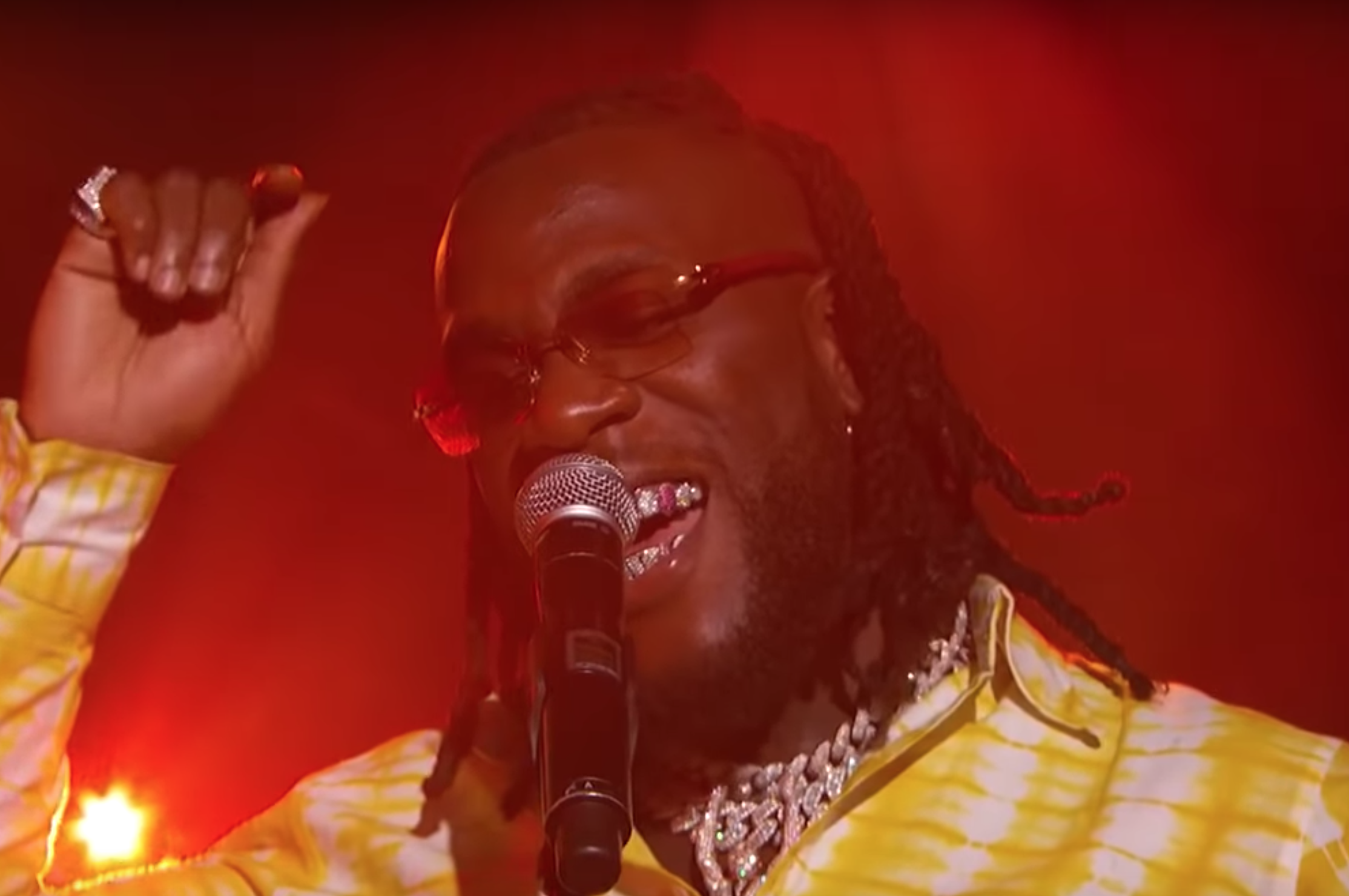 Burna Boy was the musical guest on Jimmy Kimmel Live last night, performing his single “Anybody.” The song comes from the Nigerian singer’s upcoming fourth album African Giant, which is due out this Friday (July 26). Standing on a sandy stage, Burna put on an energetic show, backed up by a full band, which stretched out with sax breaks and a fiery final guitar solo.

“Anybody” is the fourth track Burna Boy has released from African Giant ahead of its release, following 2018’s “Gbona” and “On the Low,” and this year’s “Dangote.” On Monday, the singer also posted the excellent “Pull Up” from the album, providing additional evidence of stylistic eclecticism we can expect from the release.

African Giant will be Burna Boy’s second major label release; his previous album was 2018’s Outside. Earlier his year, he also released a collaborative trap-inflected EP with the production duo DJDS called Steel & Copper (read our review here). He has been the subject of documentaries produced by Apple Music and YouTube Music, respectively. He won the BET Award for Best International Artist this year, and performed at Coachella in April. He is also featured on the new Beyoncé-curated Lion King album, Lion King: The Gift. Watch his performance on Kimmel below.