Bob Dylan and Neil Young Perform Together for the First Time in 25 Years: Watch 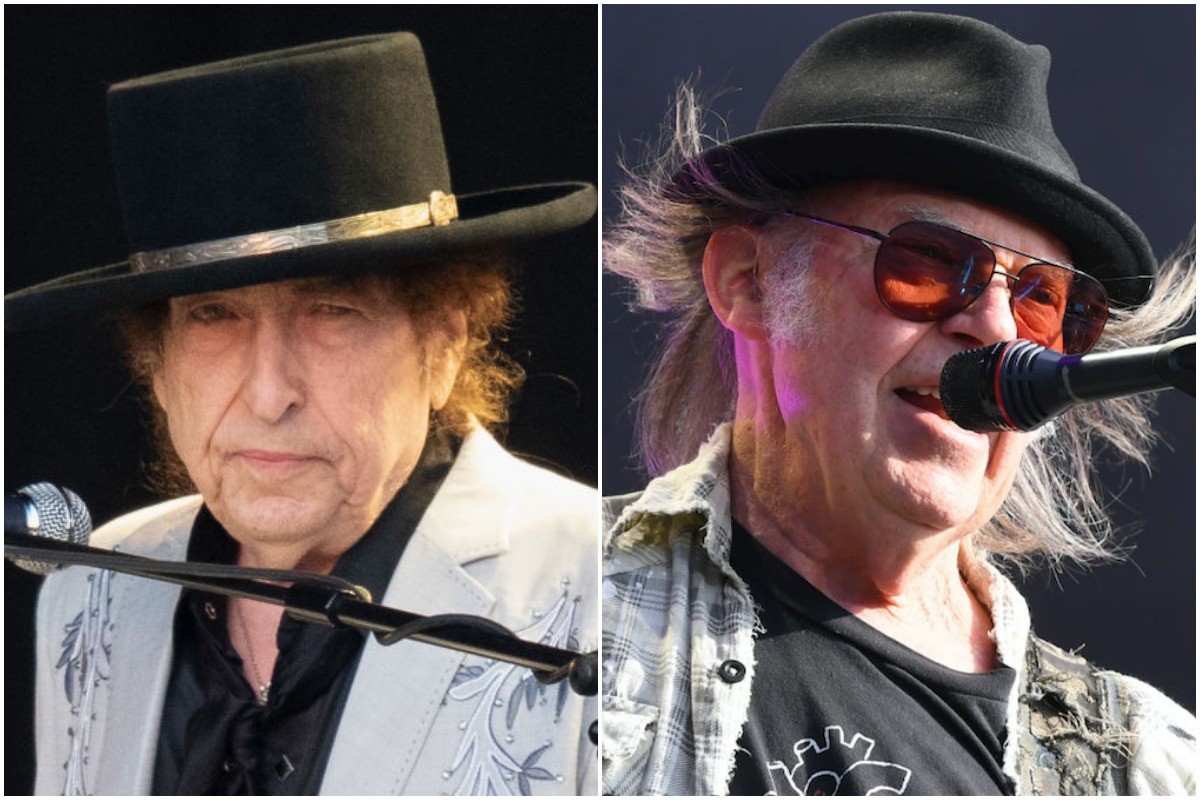 Bob Dylan doesn’t seem to be big on collaborations or socializing these days; he walks his own curious path through life, doing some three digits worth of shows during the average year, promoting his whiskey brand, and defying the accepted etiquette for accepting Nobel Prizes. But while co-headlining a show with Neil Young in Ireland on Sunday, the two elder statesmen came together onstage during Dylan’s set to deliver an impromptu version of the traditional American hymn “Will the Circle Be Unbroken.” The game plan for the performance didn’t seem to be worked out very carefully but Dylan—who somehow sounds better than Neil singing the Carter Family standard—seems to be having fun, especially while cutting a boogie-woogie piano solo between verses.

Dylan’s recording of the hymn during the session for the Basement Tapes with the Band was released on the complete Basement Tapes box set in 2014; he also recorded it in 1961 on a demo tape. He last played it live during his Rolling Thunder Revue tour in 1976. As Rolling Stone points out, the last time Young and Dylan performed together was at a show at New York City’s Roseland Ballroom in 1994, when the two performed Dylan’s ’60s classics “Rainy Day Women #12 & 35” and “Highway 61 Revisited” with Bruce Springsteen.

Following the release of a 14-disc box set celebrating the 1975-6 tour, Martin Scorcese released a new, tall-tale-filled documentary on Bob Dylan’s Rolling Thunder Revue last month on Netflix. (Read our review of both here.) Neil Young recently released the live album Tuscaloosa, which features songs from a 1973 performance with his band the Stray Gators. Watch footage of the “Will the Circle Be Unbroken?” performance below.