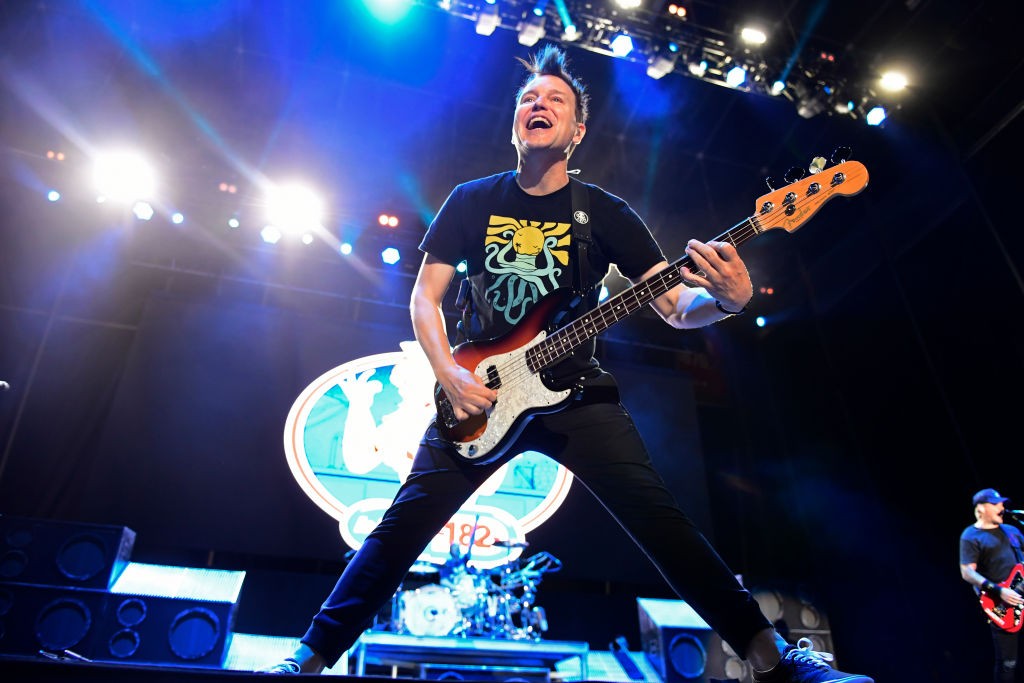 blink-182 have announced their eighth studio album, which is confusingly called NINE. (Are they counting The Mark, Tom & Travis Show, or is this a bit?) The group posted the title to their social media today with the release date of September 20. Since May, the band has released three singles will be included in the album’s 15-song tracklist:  “Blame It On My Youth,”  “Generational Divide,” and most recently, “Happy Days.”

The album features the band’s current Tom-DeLonge-less lineup, which has been in place since 2015: Mark Hoppus, Travis Barker, and Matt Skiba (of Alkaline Trio fame). The group’s last album (and first with this lineup) was 2016’s California. blink-182 is in the middle of a North American tour with Lil Wayne, on which they are playing the entirety of their widely beloved breakthrough album Enema of the State in celebration of its 20th anniversary.