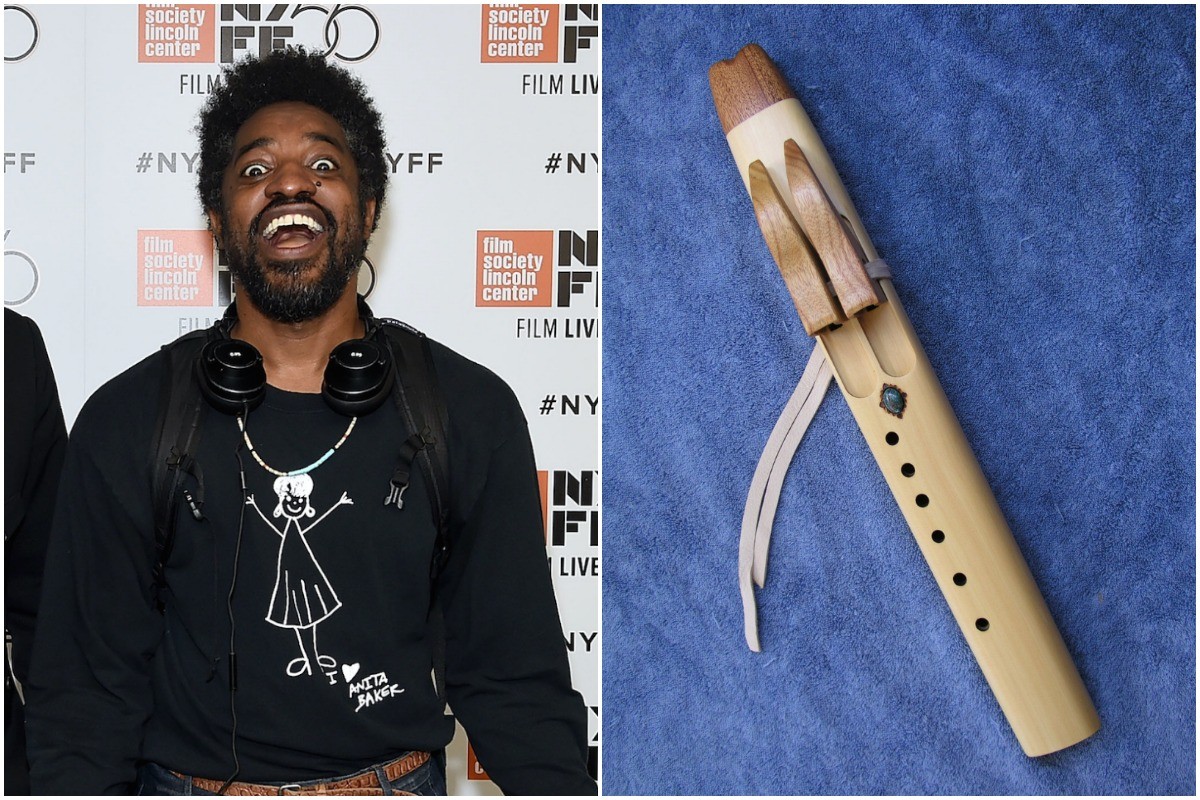 Andre 3000 is puffing on the woodwinds again. In June, a woman claimed to have seen the Outkast co-founder “walking around my terminal playing a flute for 40min” at the Los Angeles International Airport. Further research revealed the unusual-looking instrument to be a Mayan double flute. A similar incident allegedly occurred again last week at LAX, with an unsuspecting woman being descended upon by the man now commonly referred to as Andre Benjamin with his double flute during a FaceTime call.

Stemming from this story, The Philadelphia Inquirer has published a full expose about all the people who have had the flute blown at them in public places by ethereal Renaissance man Benjamin in their city. According to the article, 3 stacks has blown his Mayan flute on the steps of a Philly church. One woman saw him deploy it near a Shake Shack, and reported that he also entered her place of work—sports clothing company Mitchell & Ness—with the pipe in his clutches. He was even brandishing it inside a Whole Foods: One worker said he was wandering about alone with the flute “from the time I saw him at the juice bar, to the time he checked out.” Most observers have noted that Benjamin was wearing the same pair of overalls when they encountered him.

The Inquirer reports at least a dozen sightings of FluteStacks in Philadelphia alone, and claims to have evidence of occurrences in New York City as well. Benjamin is reportedly there filming a mysterious new anthology series for AMC called Dispatches From Elsewhere there, created by and starring Jason Segel. (TV these days, eh?) Supposedly, the show is shooting through November, so there is a chance there are more extemporaneous flute Happenings to come.

Benjamin has a record of previous woodwind use. According to a recent Q&A with Robert Pattinson and Claire Denis about the making of their film High Life attended by this writer, the former Outkast rapper learned the clarinet from scratch over the course of filming. Subsequently, he released two songs with James Blake, “Me & My (To Bury Your Parents)” and “Look Ma No Hands,” on which he showcased his bass clarinet bonafides.

Here are some fan photos of Andre 3000 in his guise of itinerant flute man:

Wasn’t tripping. It’s him. 3 Stacks in the flesh. And his flute game is A-1. pic.twitter.com/xbQTqjsJiC