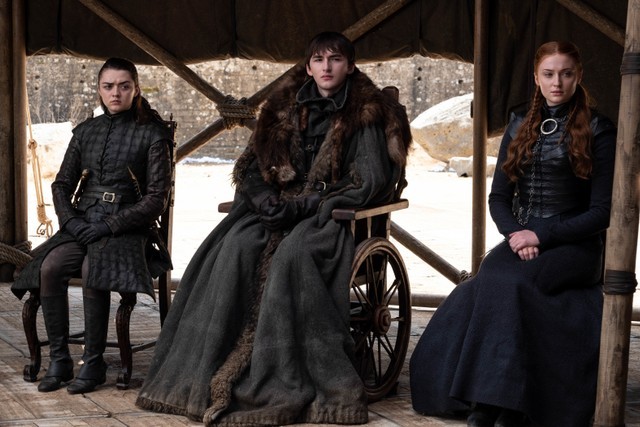 Nominations have been announced for the 2019 Emmy Awards, and, just like last year, Game of Thrones is leading the pack. Only this year, David Benioff and D.B.’s fantasy epic picked up a staggering 32 nominations—that’s ten more than last year, and the most ever nominations for a single show. The previous record holder was David Milch and Steven Bochco’s NYPD Blue, with 26 nominations back in 1994. Game of Thrones has already won 47 Emmys, including three for Outstanding Drama Series (in 2015, 2016, and 2018). Clearly, Television Academy voters were unfazed by the near-universal criticism of the show’s eighth and final season.

David Milch probably isn’t too mad about Thrones demolishing his record, since he’s getting a nomination this year, too, for HBO’s Deadwood: The Movie. He’ll face off against Black Mirror: Bandersnatch and a few other offerings in the Outstanding Television Movie category.

Hulu’s much-loved series Pen15, masterminded by Maya Erskine and Anna Konkle, was also nominated for Outstanding Writing for a Comedy Series, as were Russian Doll, Veep, The Good Place, and Emmy favorite Barry.

Chernobyl is the highlight in Outstanding Limited Series category, with Sharp Objects, Escape at Dannemora, Fosse/Verdon, and Ava DuVernay’s Central Park Five miniseries When They See Us also vying for the Emmy.

Overall, HBO leads the networks with 137 nominations. Find the full list of nominees at the Emmys’ official site.