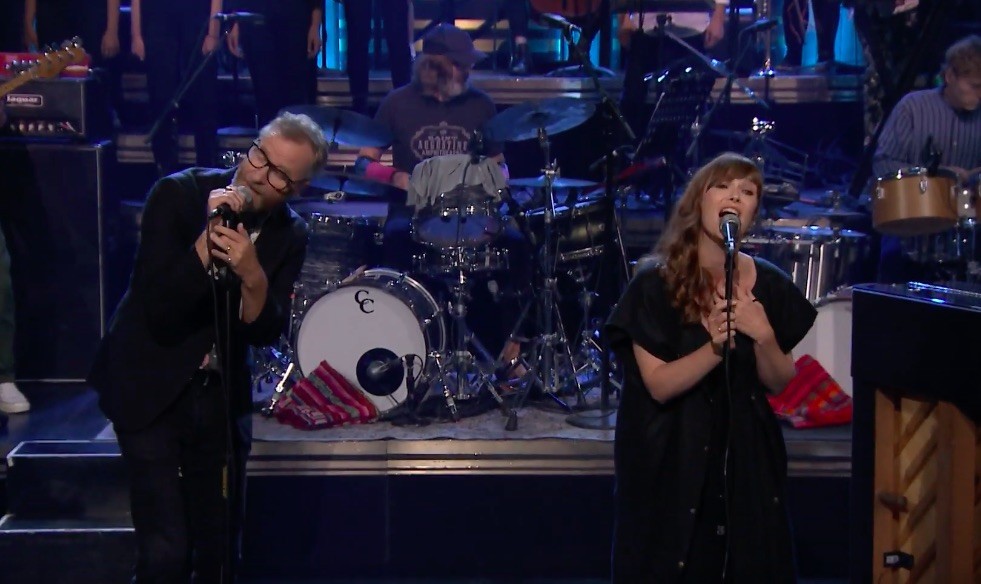 The National have been making the late night rounds in recent weeks, bringing songs from their recent offering I Am Easy To Find to life on stage. Last night, the band stopped by the Tonight Show Starring Jimmy Fallon to perform their track “Oblivions,” backed with a full choir and French singer Mina Tindle, who provides vocals on the song. The National previously performed on the Late Show With Stephen Colbert twice last month.

I Am Easy To Find is The National’s eighth studio album and, included the singles “Rylan,” “Hairpin Turn,” “Light Years,”and “You Had Your Soul With You.” It was accompanied with a short film starring Alicia Vikander and directed by 20th Century Women filmmaker Mike Mills, who was also listed as an executive producer for the album.I Am Easy To Find is the follow-up to 2017’s Sleep Well Beast. Watch The National perform “Oblivions” below.