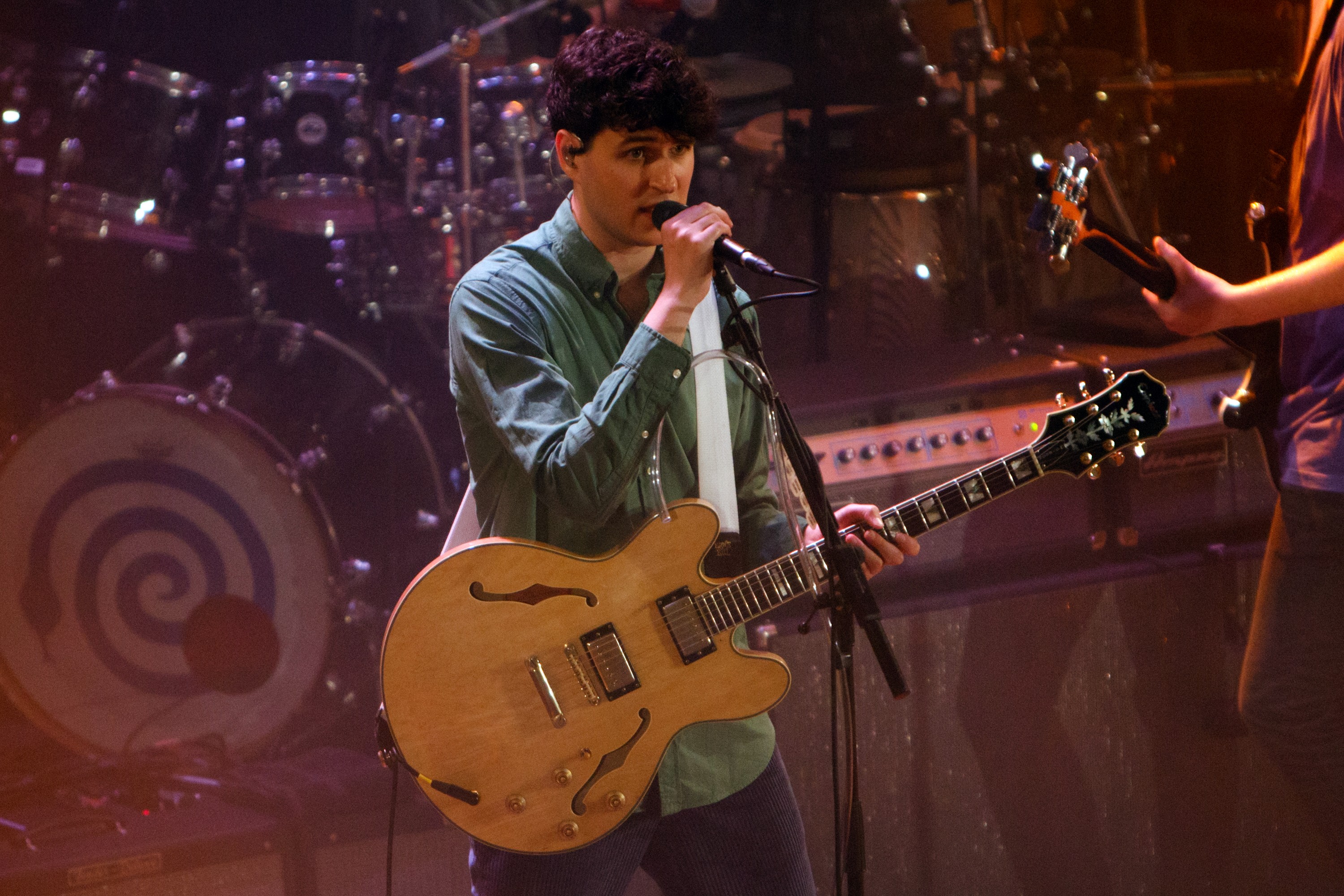 Vampire Weekend are set to play Glastonbury this weekend, and in the buildup to their set Sunday night, VW frontman Ezra Koenig sat down with the Guardian to discuss his band’s latest album Father of the Bride. In the piece, Koenig discusses his recent turn away from the band’s earlier preppy sensibilities, their relationship with other cultures, and whether rock music as we know it has become a dead art form.

Asked about whether a song like “Cape Cod Kwassa Kwassa” still holds up in light of allegations of cultural appropriation, Koenig says that he’d probably change the title. “If that song came out today we’d have just called it Cape Cod and slightly changed the arrangement, and nobody would have said anything,” he tells the paper. “There’s times when criticism helps you to be more thoughtful, and there’s times when it’s bad-faith clickbait.”

Koenig’s fascination with preppy New England culture was always as an outsider (particularly a Jewish one) and in the interview, he makes a point to emphasize the nuance of his relationship with prep. “I was like don’t they understand that, for east coast Jews, Ralph Lauren is a really funny figure? He’s this guy from the Bronx who changed his last name. I tried to explain that, and for some people it went in one ear and out the other,” he says.

The former Columbia student also shared his thoughts on rock music’s cultural significance at a time when rap and R&B tend to dominate popular consciousness. “Is rock dead? Yes. Are guitar bands relevant? Not particularly. And I enjoyed the straightforwardness of that,” he says. Koenig goes on to compare music to fashion cycles, which isn’t all that surprising for a musician trading his boat shoes for Air Max 97s.

Vampire Weekend’s fourth album Father of the Bride dropped back in May featuring the singles “Harmony Hall,” “2021,” “Sunflower,” “Big Blue,” “This Life,” and “Unbearably White.” Since then, the band has announced tour dates in North America and Europe, as well as videos for songs like “This Life” and “Sunflower.” Read the Guardian’s full profile here.