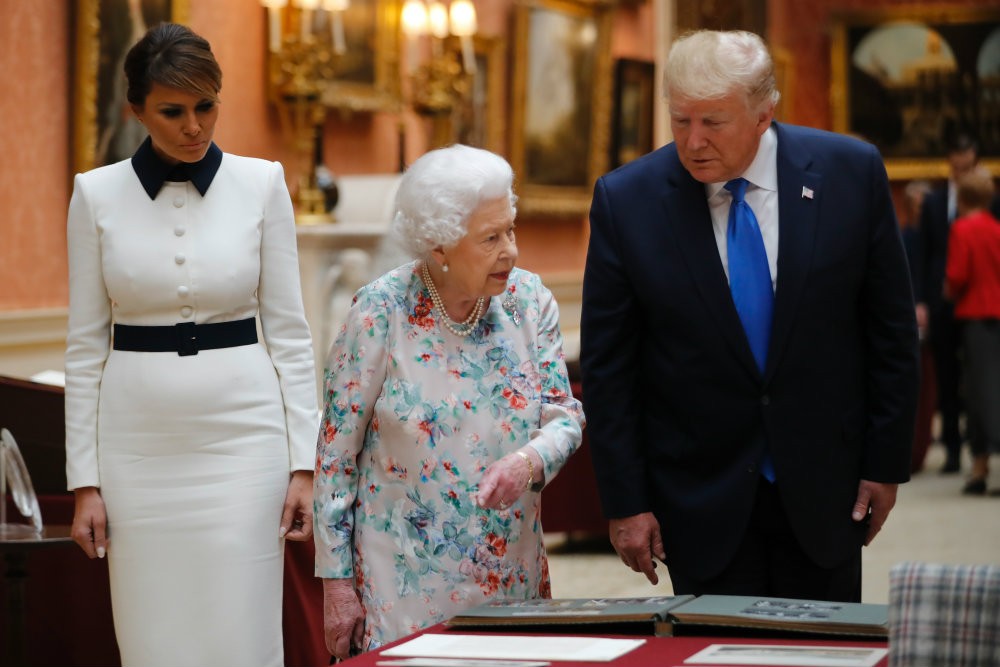 Donald Trump, First Lady Melania Trump, and the president’s five adult children headed across the pond Monday for his first state visit to the United Kingdom. During said visit, Trump managed to expose the hollowness of traditional gift exchanges between heads of state, though, remarkably, it wasn’t even on purpose. Instead, he did so by failing to recognize the small pewter horse he gave Queen Elizabeth II when the two met for tea at Windsor castle last year.

The incident occurred during a tour the Queen gave Trump through the Royal gift collection housed in Buckingham Palace. Having to stand around listening to a woman over the age of 35 talk about things other than him is already too much for Trump to handle, so you can understand why he was unprepared when the Queen pointed out a small pewter statue of a thoroughbred and asked if he recognized it. He did not.

According to the Royal paper of record, the Daily Mail, Melania was able to swoop in and rescue the situation by pointing out “I think we gave that to The Queen.” Indeed.

Tim Knox, the director of the Royal Collection who accompanied the Trumps and the Royal Family on the tour confirmed the lapse in the president’s memory to the Mail.  “The First Lady did recognise it, which is rather nice,” Knox said.

For her part, Queen Elizabeth gifted Trump, a man who famously hates reading, a book. You may consider this trolling. It’s a first edition of Winston Churchill’s World War II tome The Second World War published in 1959, but it’s most likely going to end up as an expensive coaster for Trump’s fifth Diet Coke of the day.