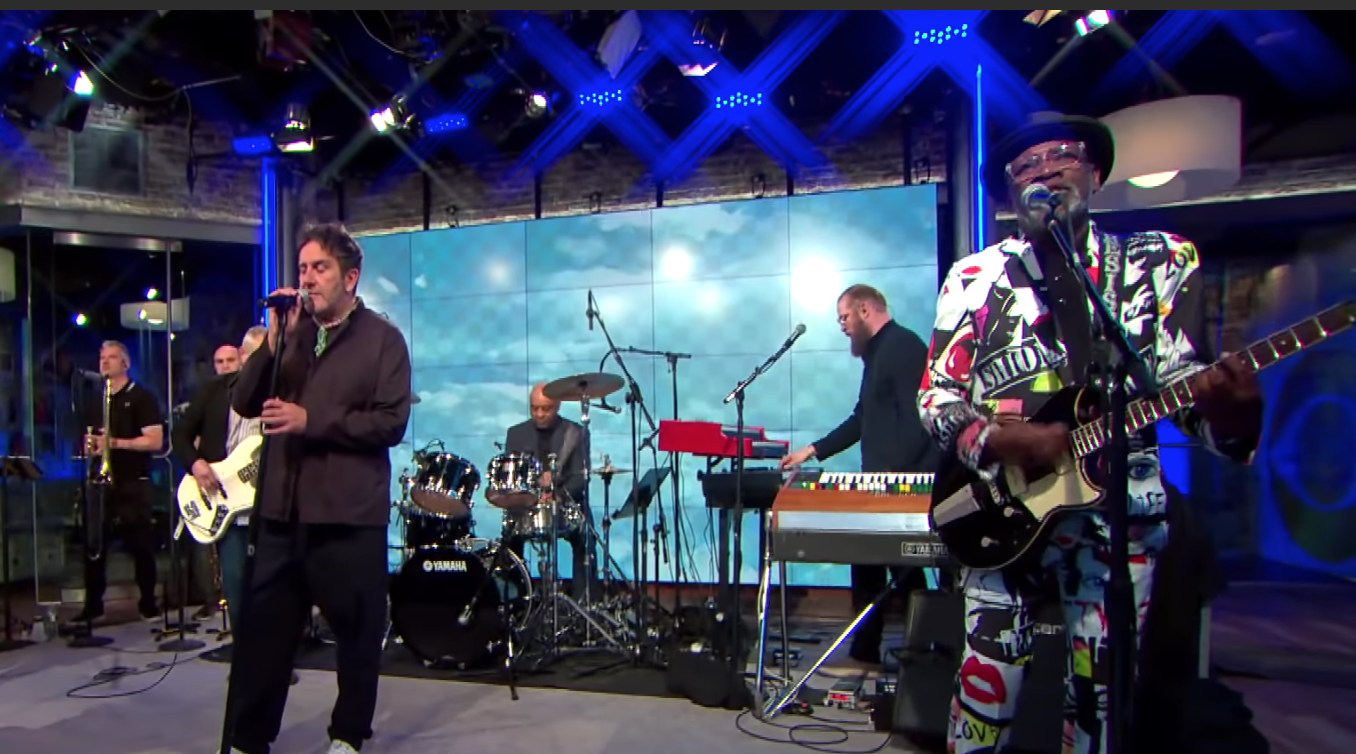 U.K. ska-punk favorites the Specials released Encore, their eighth studio album and first original music from the band in over twenty years, back in February and yesterday, the band stopped by CBS This Morning to perform three songs.

The eight-piece group played Encore cuts “Vote For Me” and “Blam Blam Fever,” their recent cover of the Valentines track. They also performed “A Message to You, Rudy,” their 1979 cover of the Dandy Livingstone song.

Original Specials members Lynval Golding, Horace Panter, and Terry Hall also sat down for an interview with CBS host Anthony Mason, where they discussed the band’s formation in Coventry, England, and how the city’s diverse makeup helped influence their sound. “Coventry was a multi-racial city before multiracialism was invented, I think,” Panter said. He also mentioned the group’s early idea to “fuse reggae with punk,” adding that “it took about two or three years to finally decide on using ska as [their] starting point.”

Watch clips of both their performance and interview below.