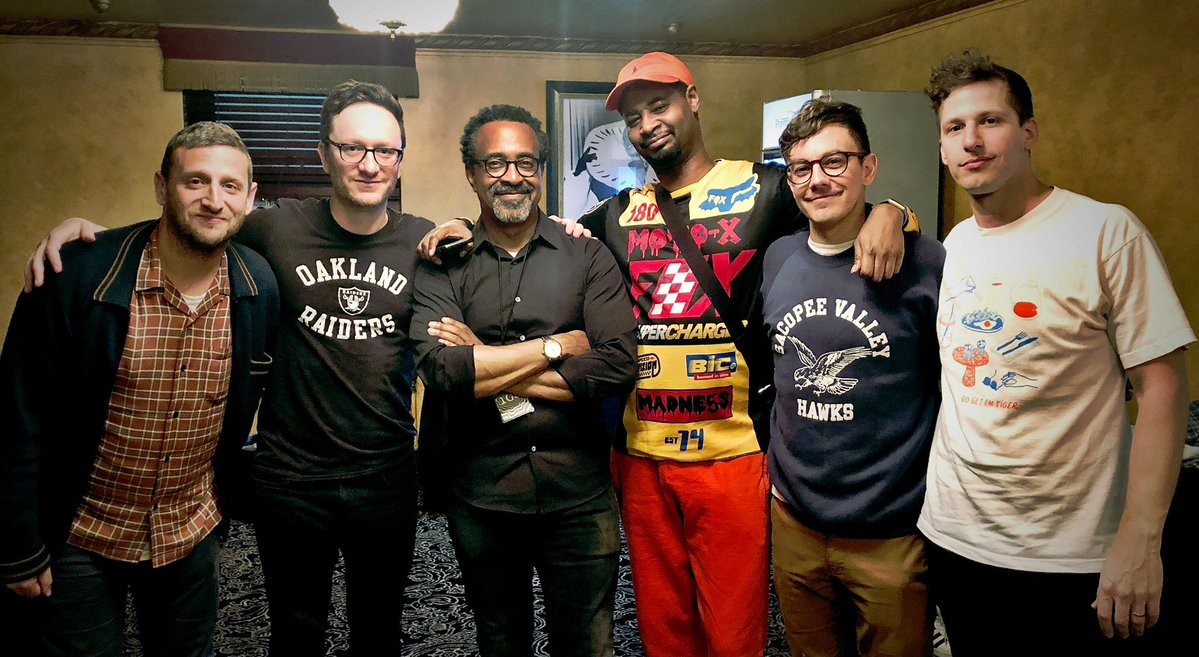 CREDIT:Twitter/ Courtesy of The Lonely Island

Despite making their goofy, nostalgic pop tunes for over a decade, The Lonely Island are currently finishing up their first proper tour. The comedic trio of Andy Samberg, Jorma Taccone, and Akiva Schaffer performed at the Fox Theatre in Detroit, Michigan ,last night where they brought out Detroit native Danny Brown. The rapper and comedy trio performed a rendition of “Lazy Sunday,” an early Saturday Night Live digital short that starred Samberg and Chris Parnell rapping about cupcakes and The Chronicles of Narnia.

Fan footage shows Brown joining The Lonely Island to rap Parnell’s verse from the song. Other people of note in attendance at the show include SNL alumni Tim Meadows and Tim Robinson, another Detroiter and the creative force behind I Think You Should Leave With Tim Robinson.

Last month, The Lonely Island surprise-released their visual album The Unauthorized Bash Brothers Experience on Netflix, with an audio-only companion album made available on streaming. The record was an homage to late-80’s synth pop and baseball stars Mark McGwire and Jose Canseco during their Oakland A’s stint. Check out the “Lazy Sunday” footage below.