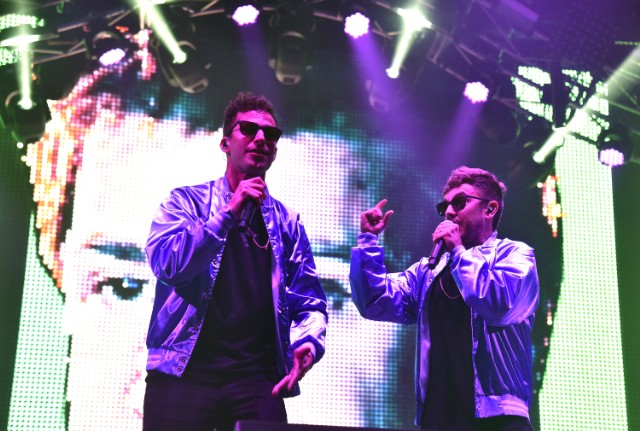 During their set last night at Milwaukee’s Summerfest, the comedy group brought out the real José Canseco for a performance of the Lonely Island single “José & Mark,” as Stereogum points out. With Samberg dressed as Canseco and Schaffer dressed as McGwire, the two rapped along to the beat before the real José Canseco came out mid-song with a baseball bat.

“Oh my god, he’s going to kill us,” Samberg shouted while running around the stage. “I’m not going to kill you. I’m not even here to hurt you,” Canseco said. “But you know what? You’re doing this wrong. I’m going to show you how to do this the right way.”

Canseco then led the crowd in a chant of “They call me José!” as Schaffer interjected, still in character as Mark McGwire. Elsewhere in the night, the group brought out T-Pain to perform their SNL hit “I’m On a Boat.” Watch video footage of Canseco’s appearance below.