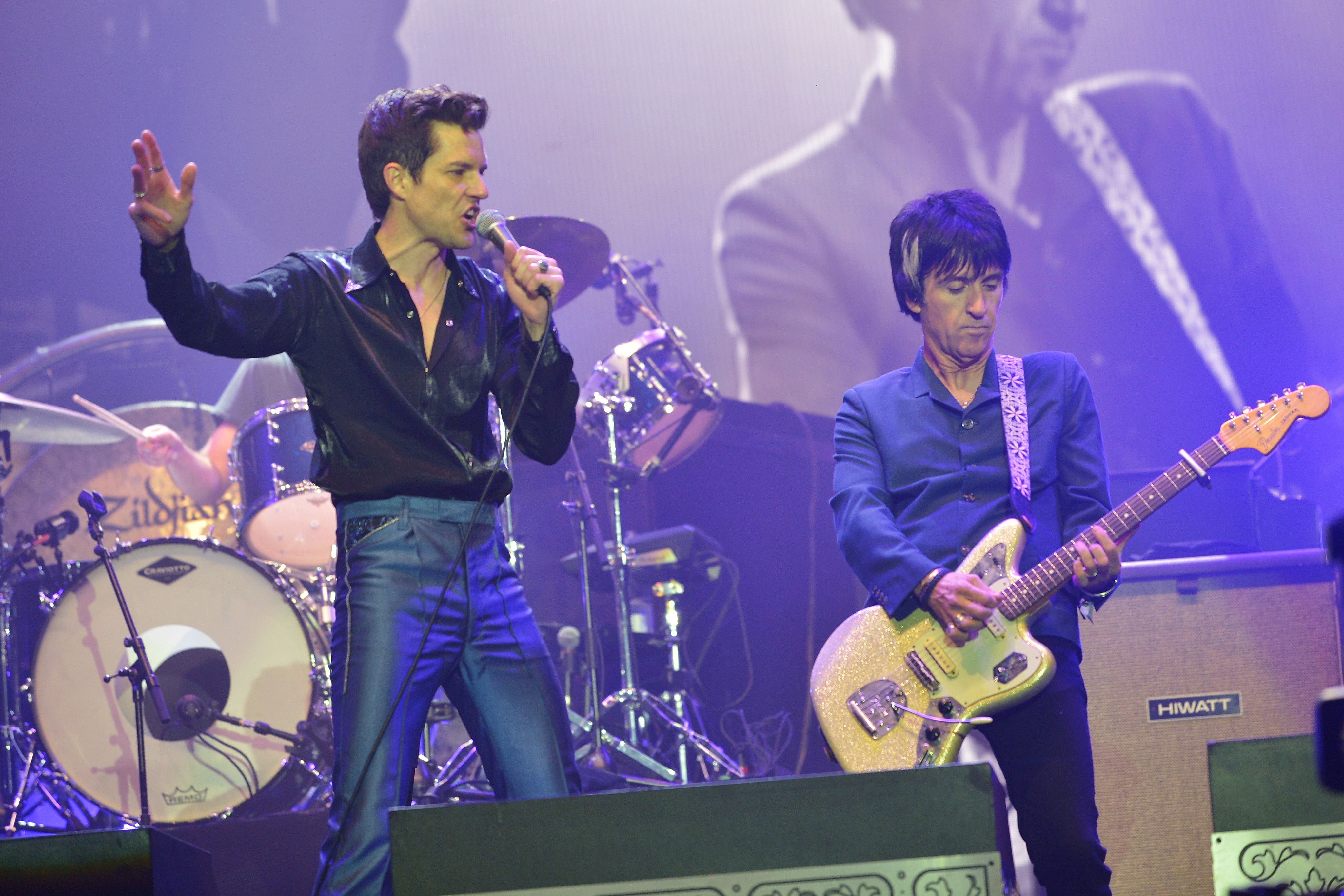 The Killers headlined the U.K’s long-running Glastonbury Festival last night in Somerset, England. For their encore, the band brought out a few famous friends to perform with them on stage.

Pet Shop Boys came out to play their 1987 hit “Always On My Mind,” as well as the Killers’ 2008 single “Human.” Elsewhere in the night, the band brought out Johnny Marr to play the Smiths classic “This Charming Man,” plus the Killers’ chart-topping single “Mr. Brightside.”

Killers ringleader Brandon Flowers also took a moment to pay tribute to his mother, who died in 2010 after an extended battle with cancer. “We wrote this next song a million miles from here,” he said, as he introduced “A Dustland Fairytale.” “We’re a long way from home tonight. But you know, home isn’t always a place. Home is a person. Looking back at my childhood home was my mother. And her light went out too soon.”

The Killers released their latest album Wonderful Wonderful in 2017. Back in January, the band unveiled the Spike Lee-directed music video for their politically-charged single “Land of the Free.” The band later performed the song on Kimmel. Find video of their Glastonbury performance below.

What's this?! A @petshopboys and @thekillers duet?

We are HERE for this!

Looking forward to The Pet Shop boys headlining for us at Hyde Park later this year too. #Glastonbury2019 #TheKillers pic.twitter.com/6eTDnld0nT