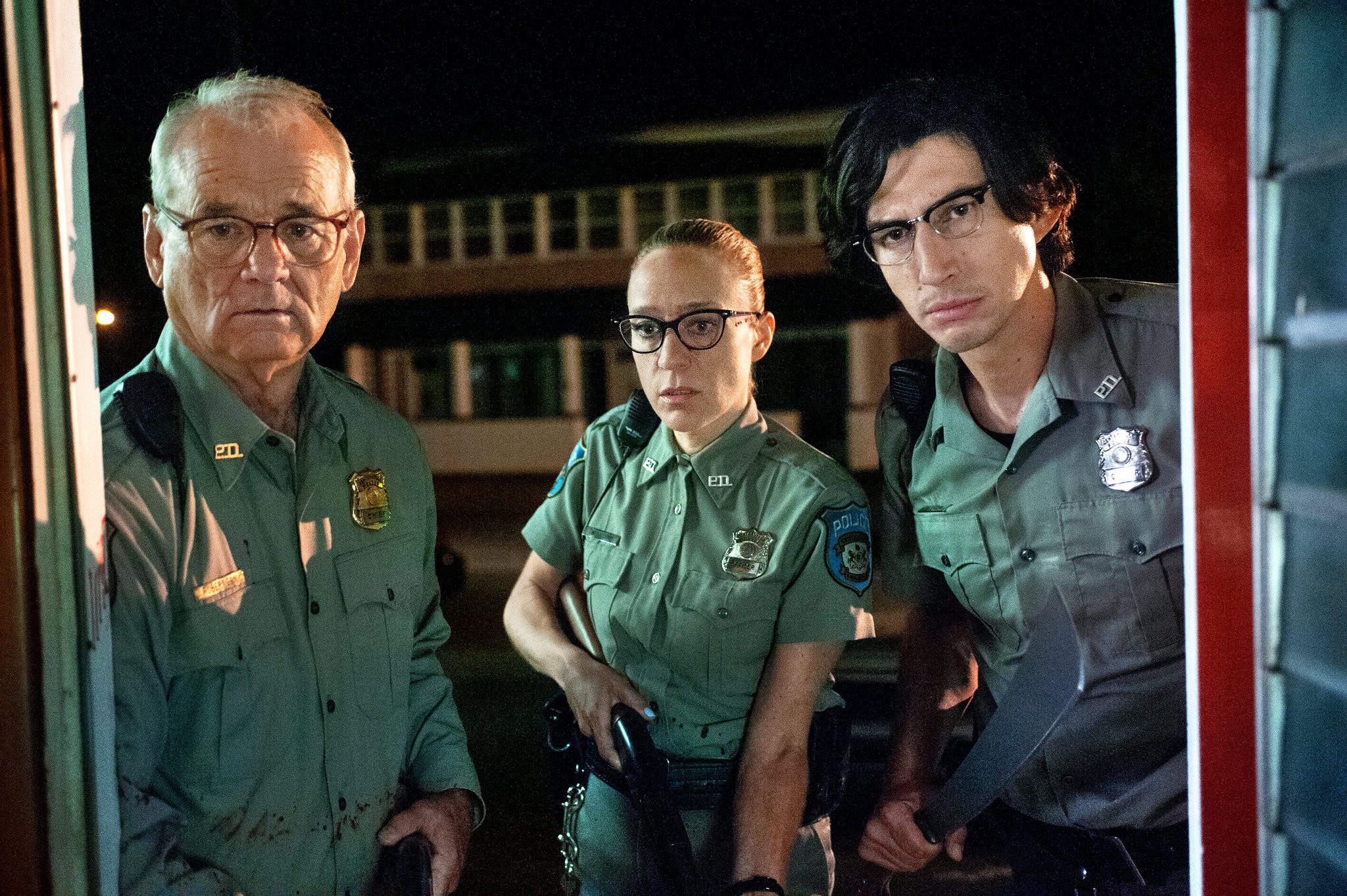 At this point, stock zombies of the George Romero vintage are as much a part of our American heritage as apple pie and state-sanctioned genocide. Jim Jarmusch knows this all too well, and the renowned arthouse director’s horror-comedy The Dead Don’t Die pays homage to the classic zombie flick, as he did with the vampire genre in 2013’s Only Lovers Left Alive. Romero’s Night of the Living Dead is a primary reference point, with stray promotional pins and explicit references to the movie tucked into more than a few shots. Selena Gomez, playing a “hipster from the big city,” even drives an old school Pontiac LeMans, which another character refers to as very “Romero.” But being a Jim Jarmusch film, The Dead Don’t Die doesn’t come across like Night of the Living Dead at all; the project was clearly intended to be more subversive. Instead, Jarmusch’s film is an off-kilter, heavy-handed parable that repurposes zombie tropes for its own overtly political means, rather than fully engaging with the brain-eating cinematic heritage it references.

From the beginning, something’s rotten in the town of Centerville, an invented locale which feels like it belongs in Western Pennsylvania or Ohio. Earth has shifted on its axis as a result of “polar fracking” and the moon has taken on an eerie purple sheen, giving off what Tom Waits’ character Hermit Bob calls “toxic lunar vibrations.” Two cops, like stoner incarnations of No Country for Old Men’s Ed Tom and Wendell (Bill Murray as a veteran past his prime, and Adam Driver as a geeky young sidekick) cruise through town, commenting on its general uncanniness as they contemplate a donut run. “This is going to end badly,” says Driver’s Ronnie Peterson.

The line seems to refer to the actual form of the film as much as the impending catastrophe in the plot, and is our first intimation that Jarmusch’s characters are in on the joke. Beyond referencing past horror classics, The Dead Don’t Die is constantly referencing itself, from the lyrics in the movie’s titular theme song (a pleasant undead-country tune from Sturgill Simpson) to the fact that Driver’s character seems to be in on the jokes before they happen. Asked why he thinks everything will “end badly,” Ronnie responds matter-of-factly: “Because I read the script.” Ronnie and Cliff revert back to real-life Driver and Murray, sneaking in improvised gaffes at the expense of their dear director. Murray pulls no punches, referring to Jarmusch as “a dick.” 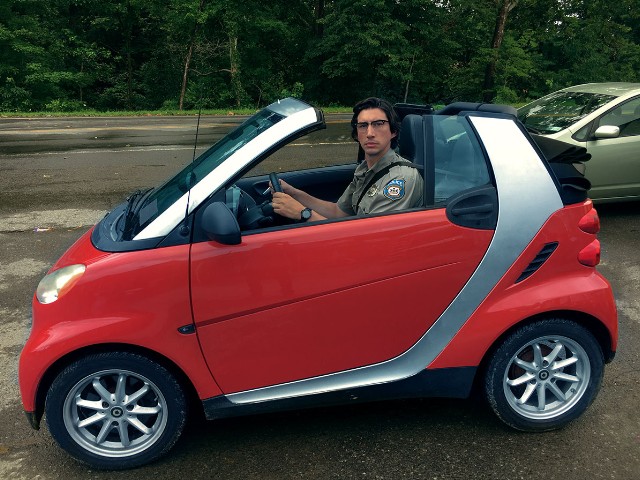 The self-reflexive jokes and holes in the fourth wall are representative of The Dead Don’t Die’s broader approach to comedy—always deadpan, often a drawn-out slog. The fact that so much potential was left untapped is almost a feat in and of itself. It seems like it should been easy to elicit funny scenes from of a cast that includes Selena Gomez, Caleb Landry Jones, and Danny Glover alongside Jarmusch all-stars like Iggy Pop, Tom Waits, RZA, Steve Buscemi, and a superb Tilda Swinton. But Jarmusch’s underwritten scenes and tired gags end up stifling most of the chemistry. In an early scene set outside of a diner (itself kind of a tired trope), Ronnie, Cliff, and Chloe Sevigny’s Officer Mindy Morrison encounter the zombie apocalypse’s first two victims. Cliff enters first, looks right, looks left, and then leaves, remarking on his way out that the crime must have been perpetrated by “a wild animal, or several wild animals.” Ronnie then does the exact same routine himself, right down to the wild animal hypothesis, as does Mindy. It’s uninspired rule-of-threes comedy: too traditional for a movie this unabashedly weird, and too sluggishly paced to be effective.

Jarmusch’s knack for dreaming up unconventional scenarios and backstories for his characters persists, even if the size of the cast precludes the possibility of going into too much depth. That The Dead Don’t Die grew out of an idea for a sketch movie (a la Coffee & Cigarettes) is clear in the wide breadth of its character ideas. Tilda Swinton is Zelda Winston, a Scottish katana-wielding mortician, who also turns out to be an alien; RZA plays a WUPS delivery man, casually dispensing koans, and Tom Waits is perfectly suited to his hobo-prophet role as Hermit Bob. But many of these characters are also simplistic—a definite first for Jarmusch. Chloe Sevigny was reportedly hesitant to even take her role as distressed damsel Mindy. Jarmusch apparently apologized for leaning on the “trope of the damsel in distress and the scream queen,” but nonetheless emphasized it on set, instructing Sevigny that “she’s not any sort of feminist.” Buscemi inhabits the racist farmer archetype as Farmer Miller, but his red “Make America White Again” hat feels too easy, as do his remarks about diner coffee (“too damn black”) and the name of his dog (Rumsfeld).

This kind of casual anti-Trumpism is a dominant throughline in The Dead Don’t Die, and the film sacrifices pointedly effective comedic moments and actor-to-actor chemistry for the sake of its overarching political allegory. When everything comes crashing down in the film’s final act—as the accelerationist Officer Ronnie so gleefully warned us it would—Hermit Bob gets the last word. These zombies, with their bougie cravings (the hunt for “chardonayyy,” “xanaxxxx,” and “freeeee cable” supplants the usual undead fascination with “brainsss”), are just like the materialist sheeple we see encounter every day, he proposes. Maybe we’re all totally fucked. 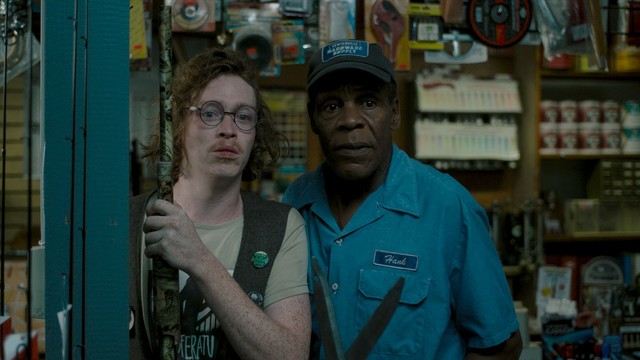 There’s a lot of tired or obvious comedic dialogue along these lines in the film, but ultimately it’s Jarmusch’s overall symbolic conceit that feels the most worn out. Many recent zombie movies feel like explicit economic allegories, in which the undead are ravenous avatars of late capitalism designed to externalize the cultural anxieties of the moment. It’s clear in the crop of zombie films that emerged in the recession just after the 2008 economic crisis: The disastrous fallout from rampant consumerism, fueled by corporate greed or something similar (here, it’s polar fracking), is literalized in a brain-eating return to a kind of economic equilibrium. There’s no place for a Bear Stearns executive in the post-apocalyptic scenarios of The Walking Dead or World War Z. Zombies represent the working class, and turn the economic tables to prioritize traditionally blue-collar trades like plumbing and engineering. The monsters are victims—casualties of a stratified economy—but they’re also agents of radical change.

This much is hinted at in The Dead Don’t Die. But while Jarmusch is clearly pointing fingers at the government-backed corporations who’ve caused the mess the world is in, Hermit Bob’s final lament makes the zombies themselves the object of the film’s ire. We zombies, who stood by with our chardonnay, our xanax, our free cable and did nothing, are complicit in the destruction of our civilization, the film signals. Only Bob—the film’s hobo prophet—escapes the apocalypse, along with a few misfit outsider teens in a correctional facility and Zelda Winston, whose Scottish roots grant her immunity from zombie populism (Scotland voted to remain in the EU). The fact that Winston turns out to literally be from another planet may explain why she is unaffected by Centerville’s particularly American disease.

Jarmusch’s zombies are both caused and causal—symptoms of the end times they had a hand in bringing about. The director repurposes the zombie-as-economic-phenomenon as a means of railing against his fellow man, evincing an unappealingly bitter outlook. If it’s a political or social point he’s trying make (about our own role in society’s demise, or our relationship to the governments responsible for the polar fracking), the gestures toward economic turmoil end up muddling the message. Look to witches and cult leaders (see: The Witch, Suspiria, Mandy, Hereditary) for more trenchant political symbolism in the Trump era.

But The Dead Don’t Die doesn’t linger on concrete political details as much as gesture wildly at modern society’s hypocrisy, reminding us that things are “going to end badly.” For all its nihilism (a shot of Adam Driver holding Selena Gomez’s severed head is up there with Jarmusch’s finest tableaux), it’s a lighthearted film, but the tonal conflict between its more playful moments and a dead-eyed sociopolitical agenda does it in. While the movie has flashes of the plainspoken brilliance on display in Jarmusch classics like Paterson, Ghost Dog, and Dead Man, The Dead Don’t Die is ultimately a minor release from a major filmmaker. “I’m just sick of zombies, man,” said Jarmusch in a recent interview with Rolling Stone.”Like, the real zombies that are just walking around us, not paying attention to anything, letting the end of the world happen.” He’s already done vampires, but here’s hoping for a less on-the-nose monster metaphor next time around.