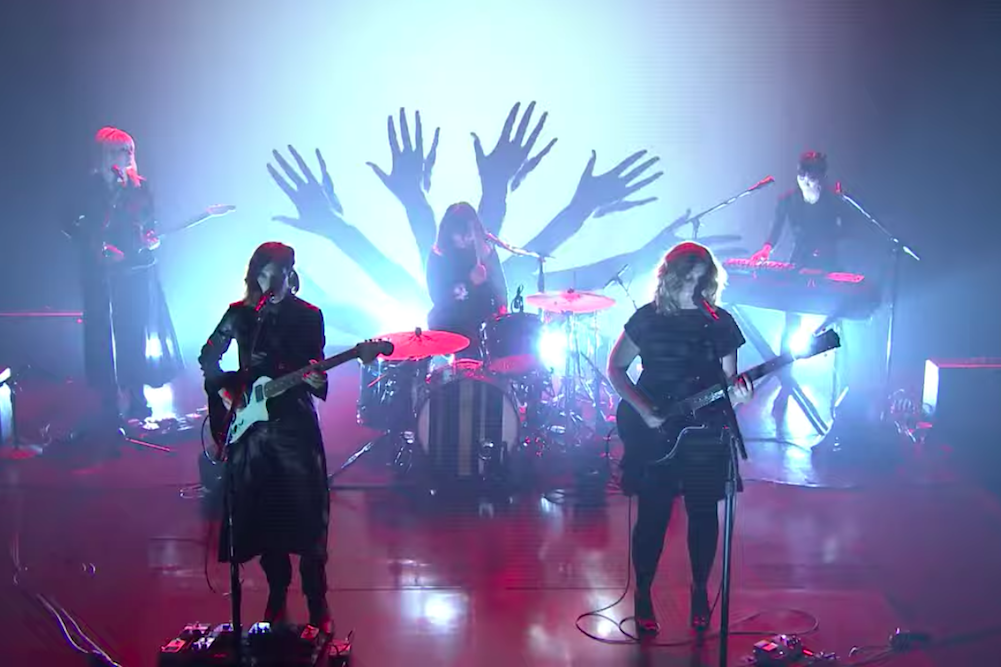 Sleater-Kinney have a new album on the way, the Yeats-referencing The Center Won’t Hold, and last night they were on The Tonight Show Starring Jimmy Fallon, performing its lead single “Hurry on Home.” They gave the Carrie Brownstein-led tune a run-through that started a little tentative but was fierce and punchy by the end. Fallon seemed particularly enthused, running onstage and screaming “That is how you do it!” as they wrapped up.

The Center Won’t Hold is the ninth album from the ’90s punk icons, and their second since reforming for No Cities to Love 2015. It was produced by St. Vincent, and “Hurry on Home” seems to show signs of her involvement, with a driving new wave-ish groove and electronics sparkling at the edges of S-K’s power trio sound. Brownstein, Corin Tucker, and Janet Weiss were joined on the Fallon stage by an additional guitarist and synth player, but their performance still had the stripped-down rawness of their classic albums.

Sleater-Kinney will release The Center Won’t Hold August 16 via Mom+Pop, after leaving Sub Pop. They released a second single, “The Future Is Here,” last week. They’ll be touring North America in the fall, starting October 9 in Spokane, Washington, and finishing November 23, in Seattle. Watch the “Hurry on Home” Fallon performance below.