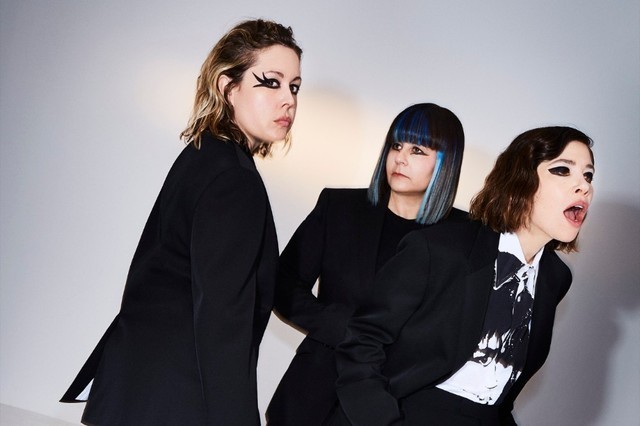 Sleater-Kinney officially announced their new album The Center Won’t Hold last night, and today the first interview promoting the project has gone online. A profile at The Fader contains several intriguing details about the new record — Sleater-Kinney’s first since 2015 comeback No Cities To Love — and it also includes something interesting about what might have been.

If you know anything about The Center Won’t Hold, you know it was produced by St. Vincent. But Annie Clark wasn’t the only big name Sleater-Kinney tossed around. According to the feature, Carrie Brownstein spent Christmas day 2017 with Wilco frontman Jeff Tweedy and his family in Chicago, where the subject of Tweedy producing some songs came up:

They floated the idea of recording with a host of different producers; after Brownstein spent Christmas Day in 2017 with Wilco’s Jeff Tweedy and his family, she suggested he produce a couple of songs, and he was thrilled by the idea. Clark just happened to be the first producer they worked with. “We were like, Why would we work with anyone else?”

As for the version of The Center Won’t Hold that does exist, Corin Tucker says the record was a “power-grab” in response to watching a qualified woman constantly belittled in the 2016 election: “How can we become larger than we are? How can we take up more space? How can we expand ourselves and our sound? … In terms of the culture around us, we were being told in 16 different ways to take up less space. We’d watched this older woman who was super accomplished run for President and just be ground down in the most misogynist ways possible — told that her accomplishments didn’t matter, that she wasn’t qualified enough. I’m not saying that Hillary Clinton was a flawless candidate — she was completely not. But it felt awful to watch that.”

There’s also some description of new songs beyond the already released “Hurry On Home” and “The Future Is Here.” We’re told the opening title track is clattering and guttural, while “Restless” is the first song Brownstein ever wrote on acoustic guitar. “Love” is billed as a miniature history of Sleater-Kinney and the album’s only happy song, though in general the angry and depressed lyrics are attached to the most accessible sounds of the band’s career. That impulse is credited to St. Vincent, who, per Brownstein, “loves a major key.”

Supposedly the poppiest of them all is “The Dog, The Body.” And it ends with “Broken,” a ballad with piano parts by Brownstein, topped off by a vocal melody and lyrics by Tucker inspired by the #MeToo movement. Tucker on that one: “It’s just the ability to not have any filter, to make a total connection with emotion: I’m going to say this all right now, because I need to.”