Purple Mountains – “Margaritas at the Mall” 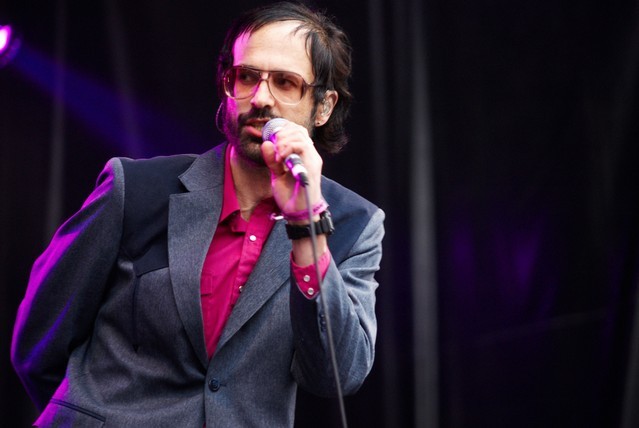 “Margaritas at the Mall” follows the depressingly titled “All My Happiness Is Gone” and “Darkness and Cold,” and reflects a kind of desperation in the face of cosmic uncertainty. “How long can the world go on under such a subtle God? / How long can the world go on with no word from God?” pleads Berman. “We’re just drinking margaritas at the mall / That’s what this stuff adds up to after all.”

Speaking with Exclaim, Berman offered some oblique commentary on the song’s themes: “The world of commerce is a kind of a purgatory itself. The church created the doctrine of purgatory so people could do business. Purgatory really came up with capitalism and allowed people some religious freedom in a certain kind of way because they weren’t completely held back from money-lending or bankers.”

Purple Mountains is Berman’s first new project since Silver Jews’ Lookout Mountain, Lookout Sea in 2008, and is being released on his longtime label, Drag City. In addition to their three singles, Purple Mountains have released videos for “All My Happiness Is Gone” and “Darkness and Cold,” as well as two remixes for the former track. The full album is out on July 12.

Purple Mountains will also be touring behind the new album, with dates across the U.S. and Canada later this year. Find their full tour schedule here, and hear the band’s take on margaritas and malaise below.