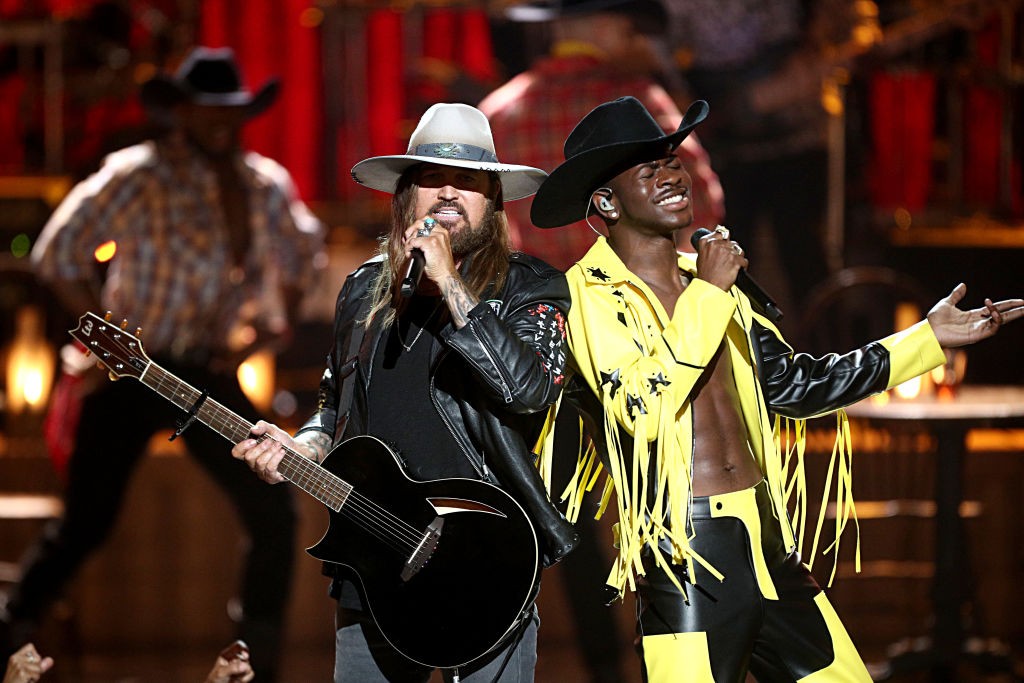 Lil Nas X and Billy Ray Cyrus performed their chart-topping “Old Town Road” remix at the BET awards last night. The duo was backed by a full band, a line of dancers dressed cowboy hats and flannel, and soulful backing singers. This should come as no surprise, perhaps, but the two rode into the venue on horses. The stage, meanwhile, was outfitted like a Western saloon (isn’t it fortuitous that the Deadwood movie came out as “Old Town Road” was reaching its cultural apex?)

Some of the most appealing elements of the performance, though, happened in the audience, where stars including Cardi B and Lizzo (who both also performed last night) showed their earnest appreciation.

Lil Nas X released his debut major-label release, the 7 EP, on Friday. Ahead of its release last week, the singer and rapper debuted its second single “Panini,” which marked his first new music since “Old Town Road.” Watch Lil Nas and Billy Ray’s BET performance of “Old Town Road” below.