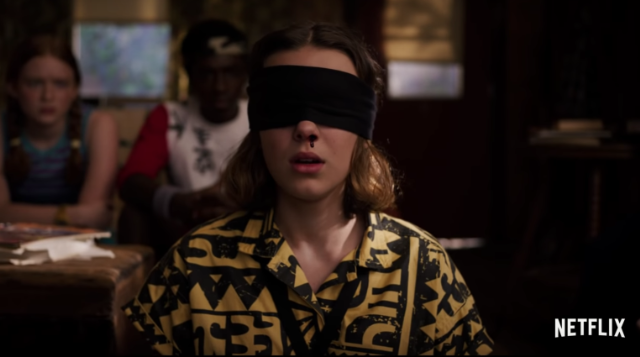 Stranger Things returns to Netflix this July 4 for its third season. After unveiling a dramatic first trailer set to the Who’s classic “Baba O’Riley,” the team behind the series released a second teaser clip last month, which is now followed by the third and final trailer in the buildup to the series premiere next month. The clip opens with a flyover shot of a state fair before cutting to heart-racing footage of a tornado and a Demogorgon-like creature that’s loose in Starcourt Mall.

Earlier this year, Stranger Things creators Matt and Ross Duffer were sued for allegedly stealing the idea for the series. The lawsuit was eventually dropped just two days before going to trial. Season 3’s soundtrack was also announced earlier this week, featuring music from Kyle Dixon and Michael Stein of S U R V I V E. The duo have also scored the previous two seasons under the moniker. Watch the new trailer for the series below.