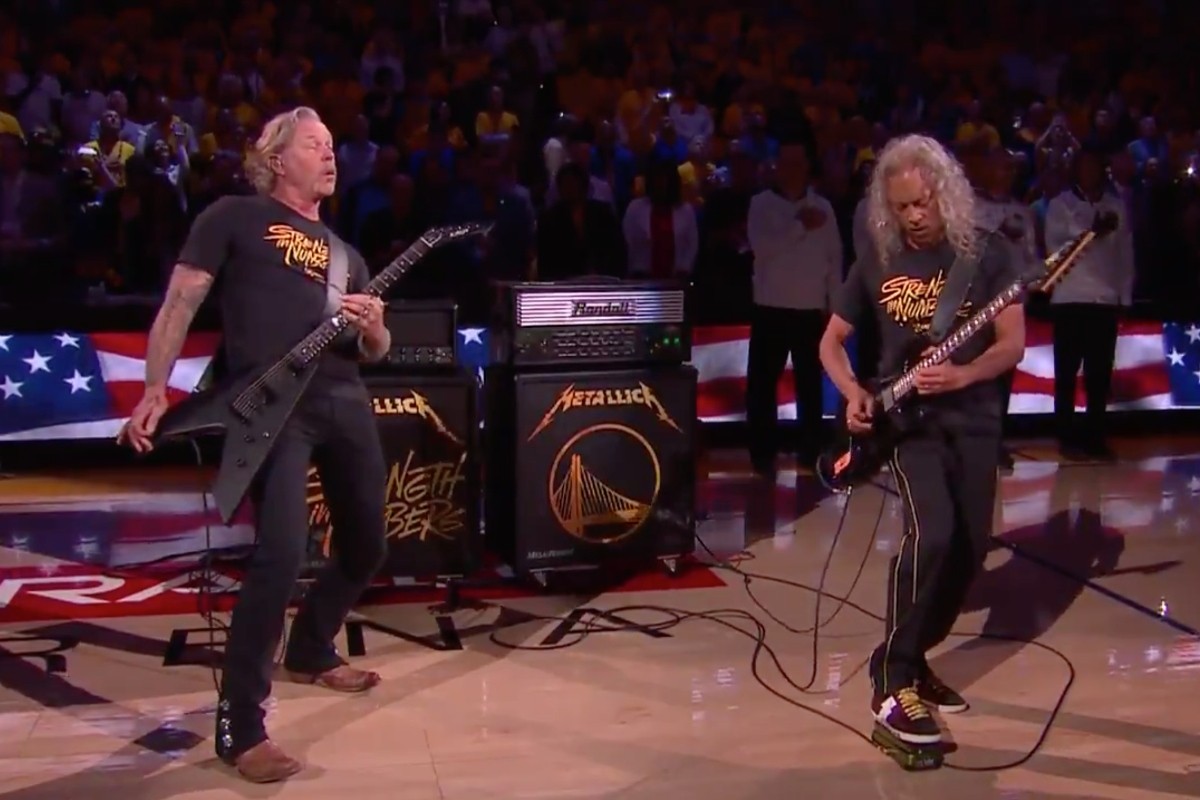 Metallica’s James Hetfield and Kirk Hammett performed the National Anthem before Game 3 of the 2019 NBA Finals on Wednesday. The pair stuck to their electric guitars, delivering an instrumental rendition while wearing t-shirts supporting the home team Golden State Warriors. (Hammett grew up in San Francisco; Hetfield is from Los Angeles and has more explaining to do.)

Ideally the Warriors will let E-40 take a shot at the anthem before the series ends. You can watch Metallica’s performance below.