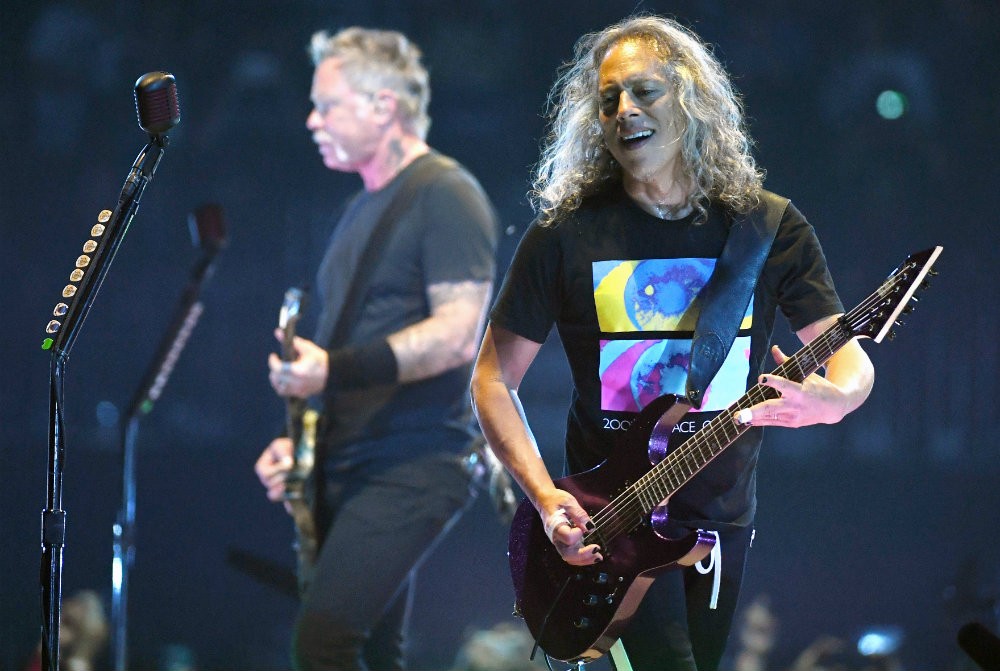 Metallica played Manchester, England on Tuesday. In keeping with their tradition of covering a song from a local artist, the metal legends treated the crowd to a rendition of the classic 1989 Stone Roses song “I Wanna Be Adored.”

In this video shot by a fan who had killer seats, frontman James Hetfield segues into the song with a little in-between song banter about playing amid a downpour.

“It feels good, actually,” Hetfield said, while getting drenched by rain onstage at Etihad Stadium. “It’s just water, you know. A good thing. No electrocutions. We’re all good up here.”

Hatfield took a moment to introduce bass player Rob Trujillo and guitar player Kirk Hammett to the crowd, who then scampered off to a smaller stage to charm the audience with a thunderous rendition of the Madchester staple. Hetfield enlisted the crowd to handle Ian Brown’s vocals. At the end of the performance Hetflied exclaimed that “I Wanna Be Adored” is “a beautiful song.” No argument here.

The metal gods have previously covered Prince’s “When Doves Cry” while playing Minneapolis and Abba’s “Dancing Queen” while in Sweden in 2018.

Although the Stone Roses is an excellent example of Manchester’s long and rich musical legacy, were can only imagine that the Gallagher brothers and Morrissey would fume at the snub.