During Tuesday’s episode of The View, Meghan McCain found a new opportunity to remind her co-hosts and the viewing audience that she is indeed the daughter of late senator and twice failed presidential candidate John McCain. This time she managed to invoke her father during a discussion of the unsanitary and inhumane conditions migrant children separated from their parents are forced to endure in detention camps, where they are denied basic items such as food, blankets, clean clothes, shower facilities, and medical care.

While the talk-show host half-heartedly agreed that the conditions where the children are housed are “horrific” and qualifies as “a humanitarian crisis,” she apparently doesn’t share the moral outrage of fellow panel members Whoopi Goldberg, Joy Behar, and Sunny Hostin.

“I just want to say one quick thing,” McCain began, which is usually a good indication that she’s about to say something better left on her brain’s cutting room floor. “Calling these places ‘torture facilities’—I understand it’s a humanitarian crisis and it’s horrific … but I know what a torture facility looks like. I’ve been to one.”

McCain was quoting pediatrician Dolly Lucio Sevier, who wrote in a medical declaration after visiting a Customs and Border Patrol detention facility in Texas last week that the conditions in which migrant children “are held could be compared to torture facilities.” Sevier also wrote that the children she observed in custody were subjected to “extreme cold temperatures, lights on 24 hours a day, no adequate access to medical care, basic sanitation, water, or adequate food.” 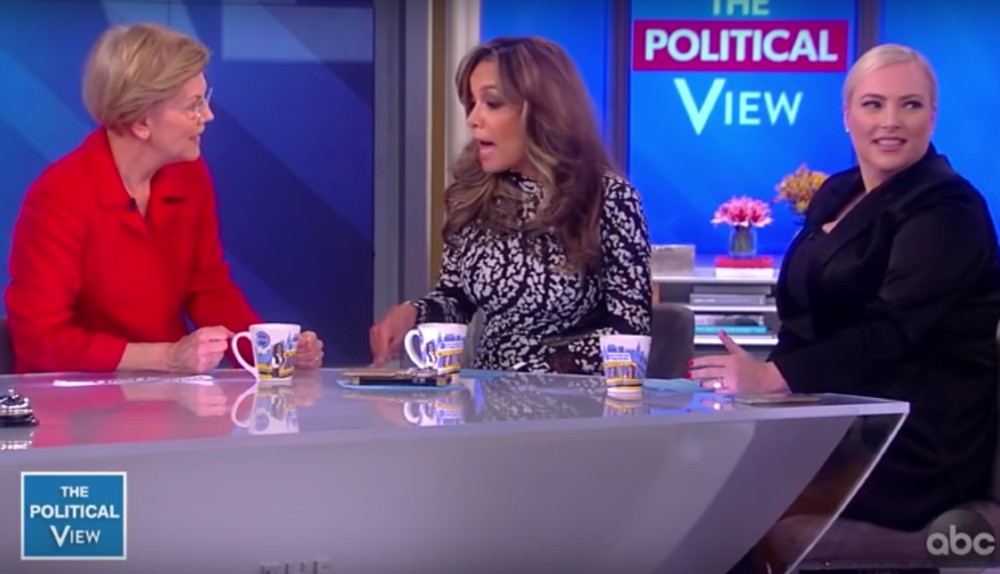 For some reason, McCain took this opportunity to remind everyone that her dad was a Vietnam vet who spent more than five years in a POW camp, and also to behave like a tiresome pedant over what constitutes “torture.”

“When you have a facility whose specific purpose is to torture people, that is not what’s going on,” McCain said. “Yes, it’s inhumane but there’s a big difference between the Hanoi Hilton and what’s happening at the border right now.”

Hostin tried to point out that her co-host was needlessly splitting hairs over what to call the detention centers,  stating: “I don’t think it matters what we’re calling them. Kids are dying inside of them. We should care about the dead kids that have come out of them.”

McCain responded with: “Well, my father couldn’t lift me above his head as a child because of his torture wounds.” That’s admittedly terrible, but it also has nothing to do with the squalid conditions being forced on migrant children in U.S. custody, especially when six kids have already died.

Behar, McCain’s frequent rival at the table, jumped in to point out the obvious, which was that the late senator—like other POWs—were adults, while the people being discussed are children. In other words, when soldiers enlist, they know they might get captured or killed on the job. They’re aware of what they’re signing up for. The kids taken away from their families after fleeing desperate conditions didn’t have choices in the matter.

In any case, it was an entirely useless distinction for McCain to make, but hey, at least she made the most of another opportunity to remind us who her dad is.

You can watch the whole debacle below: