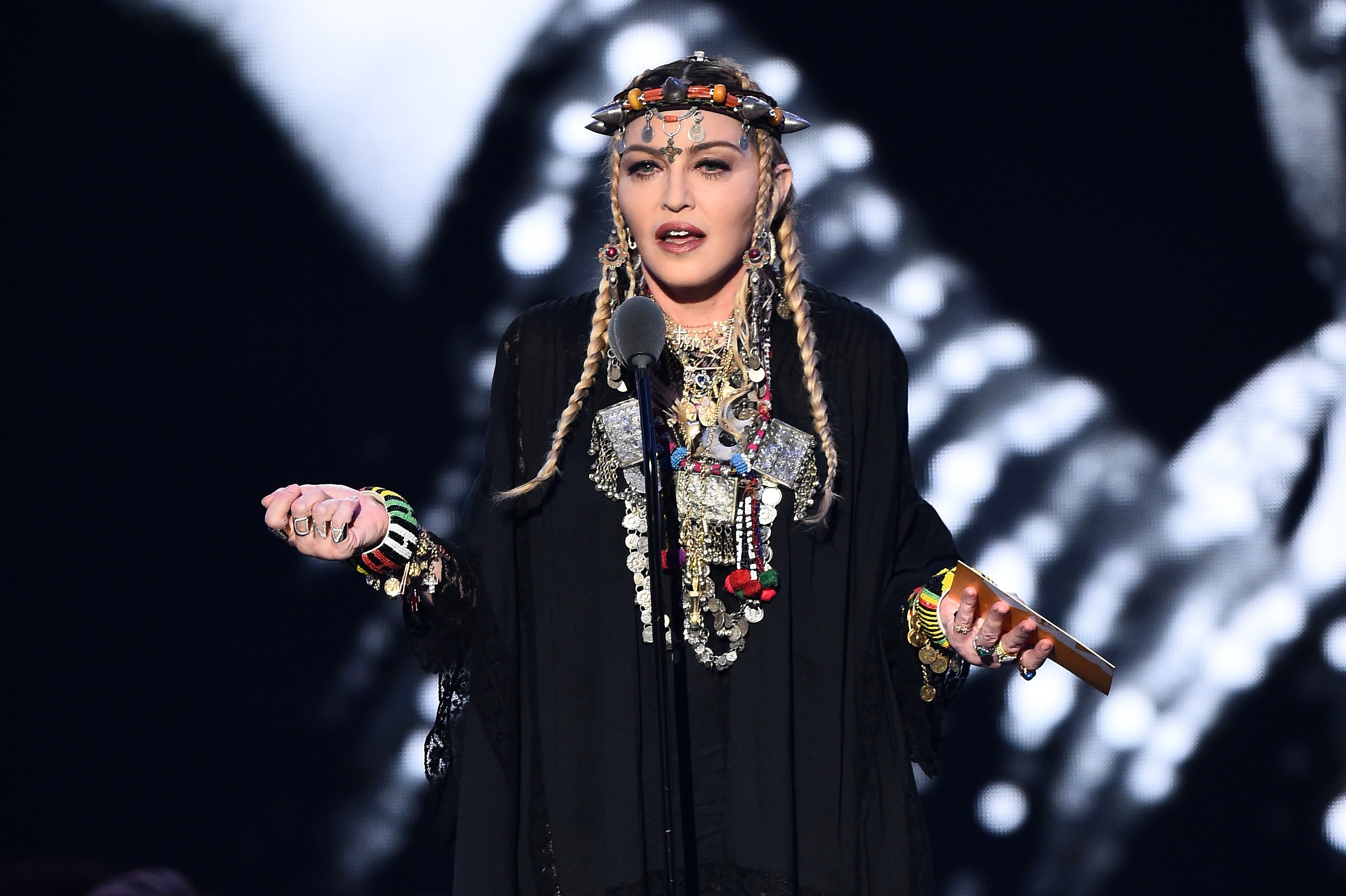 Madonna is the subject of a massive new 8,000 word profile in the New York Times Magazine ahead of the release next week of her 14th studio album Madame X. The author shadows the Queen of Pop at the Glaad Awards and at rehearsal for the Billboard Music Awards one month later, and spends time at Madonna’s London home for an interview that touches on motherhood, aging, new music, the internet, and more. Madge is guarded but game, reflecting on her New York heyday, recent years in Portugal, where one of her sons attends a soccer academy, and the path to her latest full-length. She also considers the present moment for women in entertainment and reveals that she too experienced Harvey Weinstein’s harassment when they worked together on her 1991 tour documentary Madonna: Truth or Dare, distributed by Weinstein’s former company Miramax.

“Harvey crossed lines and boundaries and was incredibly sexually flirtatious and forward with me when we were working together; he was married at the time, and I certainly wasn’t interested,” Madonna says. She continues: “I was aware that he did the same with a lot of other women that I knew in the business. And we were all, ‘Harvey gets to do that because he’s got so much power and he’s so successful and his movies do so well and everybody wants to work with him, so you have to put up with it.’ So that was it. So when [public accusations against him] happened, I was really like, ‘Finally.’ I wasn’t cheering from the rafters because I’m never going to cheer for someone’s demise. I don’t think that’s good karma anyway. But it was good that somebody who had been abusing his power for so many years was called out and held accountable.”

In a similar vein, Madonna also addresses the rumor that she once asked out Donald Trump. You will be shocked to learn that denies the story. Read the full profile here. Madame X is out on June 14.