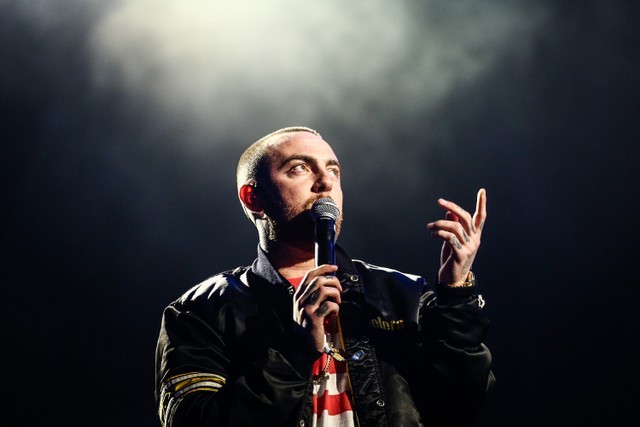 Mac Miller’s first posthumous verse arrived today on “Time,” the new single from Anderson .Paak’s tour band the Free Nationals. The track features Miller rapping about leaving a relationship, growing while away, and yearning to return. R&B singer Kali Uchis delivers the hook, “Without you, I’m miserable / I think I got too comfortable,” and one can’t help but hear it as a tribute. “This song was so much fun to make and is exactly how we want to remember our brother Mac,” the band wrote on Instagram.

Nearly eight months ago, Free Nationals played as the house band for Miller’s celebration of life concert at the Greek Theatre in Los Angeles, where a long line of the rapper and producer’s friends and collaborators performed in his name, including .Paak, Vince Staples, Sza, Thundercat, Travis Scott, and Chance the Rapper. Mac died of an overdose in September at the age of 26. Beyond a stray leak last month, the rest of the famously prolific artist’s unreleased work remains unheard.

SPIN Daybreaker: 19 Songs for Your Soul