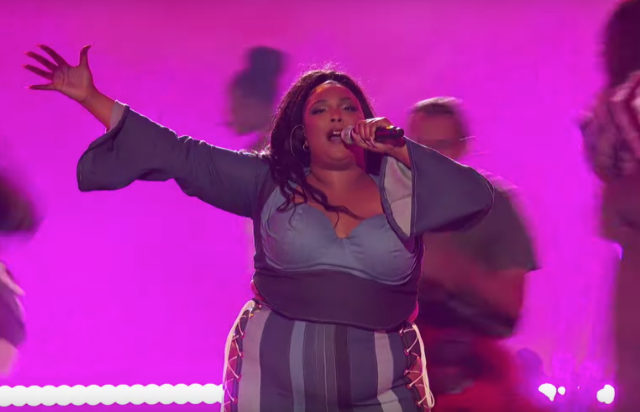 Lizzo was the primary musical performer at the MTV Movie & TV Awards last night, giving a typically theatrical rendition of “Juice” alongside a throng of background dancers. The performance was introduced by Melissa McCarthy, Tiffany Haddish, and Elisabeth Moss (who also won an award for Best Actress that night for her performance in The Handmaid’s Tale).

Last week, Lizzo honored Missy Elliott’s induction into the Songwriters Hall of Fame by covering Elliott’s Supa Dupa Fly classic “Sock It 2 Me,” with a guest appearance from Da Brat. Last month, Lizzo was featured on new songs with Charli XCX and Open Mike Eagle. Lizzo’s major-label debut Cuz I Love You came out in April.