Somebody Spit on Eric Trump and the Cops Showed Up 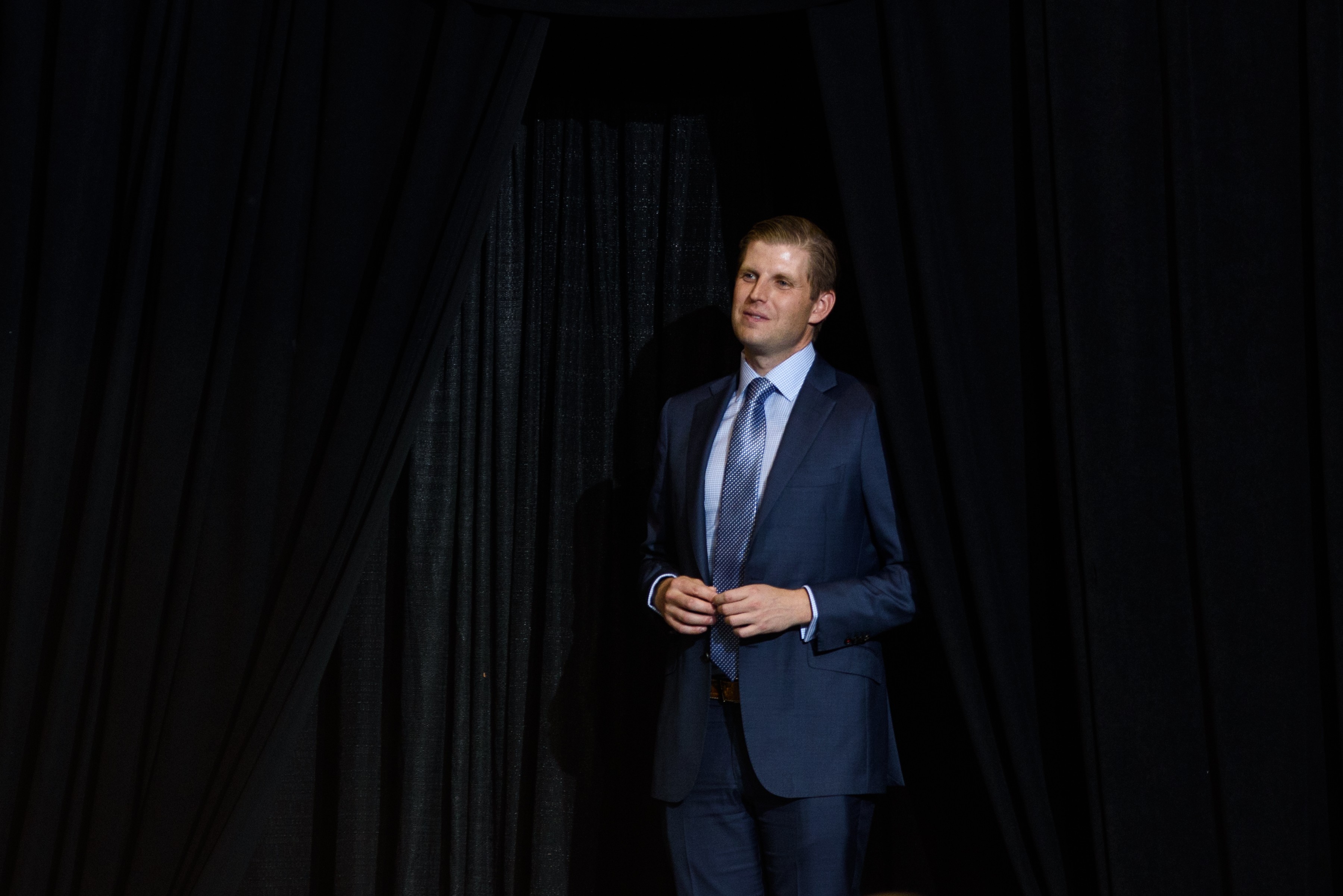 Somebody spit on Eric Trump in Chicago last night, according to Eric Trump. The presidential son was hanging around a cocktail bar called the Aviary, presumably minding his own business, when an employee (allegedly) baptized him in bodily fluid. There’s still much we don’t know about the incident: loogie or no, where on Eric’s body did it land, what sort of hilarious sound did he make when he realized what had happened. But we do know that someone called the cops, thanks to the below tweet from Chicago Police Department communications chief Anthony Gugliemi.

CPD was on scene and assisting the United States Secret Service with a law enforcement matter. Any and all inquiries regarding a federal protectee must be directed to the Secret Service. https://t.co/ecq5TaMiQ0

It’s no doubt extremely embarrassing to get spit on. There’s no real way to exit that situation with your dignity intact. But the arrival of armed law enforcement agents on the scene, to apprehend the guy (or girl) who got you a little wet, certainly isn’t making you look any cooler. Next time, Eric, just say “fuck you,” slam the door behind you, and move on with your life. Naturally, the Trump boy instead gave a comment to the alt-right’s website of record, Breitbart News, in which he attempted to paint the charming misbehavior of one cool bartender as a moral failing on the part of all Democrats:

“It was purely a disgusting act by somebody who clearly has emotional problems,” Eric Trump told Breitbart News when reached by phone late Tuesday evening. “For a party that preaches tolerance, this once again demonstrates they have very little civility. When somebody is sick enough to resort to spitting on someone, it just emphasizes a sickness and desperation and the fact that we’re winning.”

Whatever you say. According to a reporter with NBC Chicago, the spitter was eventually taken into Secret Service custody. There’s no word yet on whether they’ll be formally charged with anything. Nick Kokonas, co-owner of the James Beard award-winning Aviary, is on the record as having no love for the Trumps himself, so maybe the offender will get a promotion.

Like Justin Timberlake, Eric Trump Broke the Law While Voting